Test phase successfully completed: Volkswagen has been testing the newly developed R33 BlueDiesel fuel at its in-house filling station in Wolfsburg since January 2018. The innovative fuel enables CO2 savings of at least 20 percent compared to conventional diesel thanks to the use of biofuels. It also enables major customers to achieve climate protection goals with their fleets.

Volkswagen employees tested the new fuel initially. Over a period of nine months, they filled up company vehicles with R33 BlueDiesel only. Up to one third of the new fuel consists of renewable fuel components.

Achieving climate targets with BlueDiesel
The R33 concept was jointly developed by Volkswagen, the Coburg University and other project partners. The current supplier since January 2018 is Shell Global Solutions in cooperation with Tecosol and Neste, who supply fuels certified according to European standards. R33 BlueDiesel complies with the diesel standard DIN EN 590 and fulfils all criteria for use as a standard fuel without having to meet further requirements. This innovative fuel is of particular interest to Volkswagen's major and fleet customers whose diesel vehicles cover many kilometres a year as its use helps to achieve climate protection goals.

From the deep fat fryer to the fuel tank
Chips play an important role in the production of raw materials for biofuels as cooking fat is used to cook them which would then normally be disposed of after use. However, modern processes make it possible to sensibly utilise the waste. The fat is filtered, cleaned and processed into a paraffin mixture or biodiesel, which is then added to the basic diesel. R33 BlueDiesel, for example, has a bio content of up to 33 percent based exclusively on residual and waste materials. At least 20 percent CO2 can therefore be saved compared to conventional diesel fuel. The fuel can also be used in diesel vehicles without the engine needing to be converted – as it fully complies with the diesel fuel standard.

On the way to series production
Following the successful test phase, R33 BlueDiesel is now being used permanently at Volkswagen's filling stations in Wolfsburg, and a test operation has also been started at the Volkswagen plant in Salzgitter. Introduction at further locations is planned.

Project manager Prof. Thomas Garbe from Volkswagen's Development department has this to say on the outlook for the future: "The response to R33 BlueDiesel is very encouraging for Volkswagen and its project partners. R33 BlueDiesel is particularly suitable for companies that rely on diesel vehicles due to their long fuel ranges and still want to achieve their environmental goals. We are preparing for a significant increase in demand for liquid fuels from residual materials and for advanced biofuels in the medium term. I hope that public filling stations will also be offering R33 as "Green Premium" in the near future."

*: "well to wheel" view (from the source to the wheel) 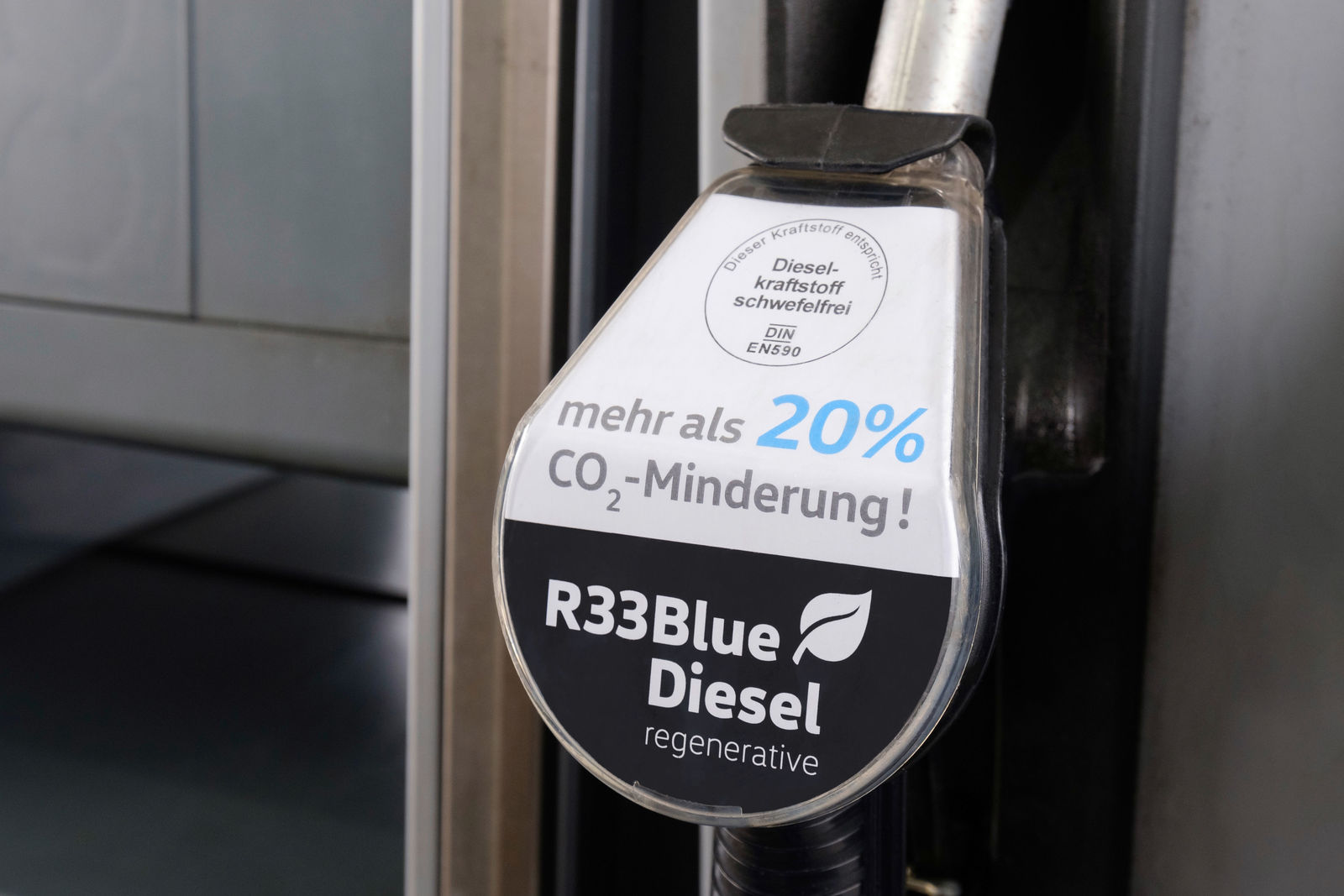