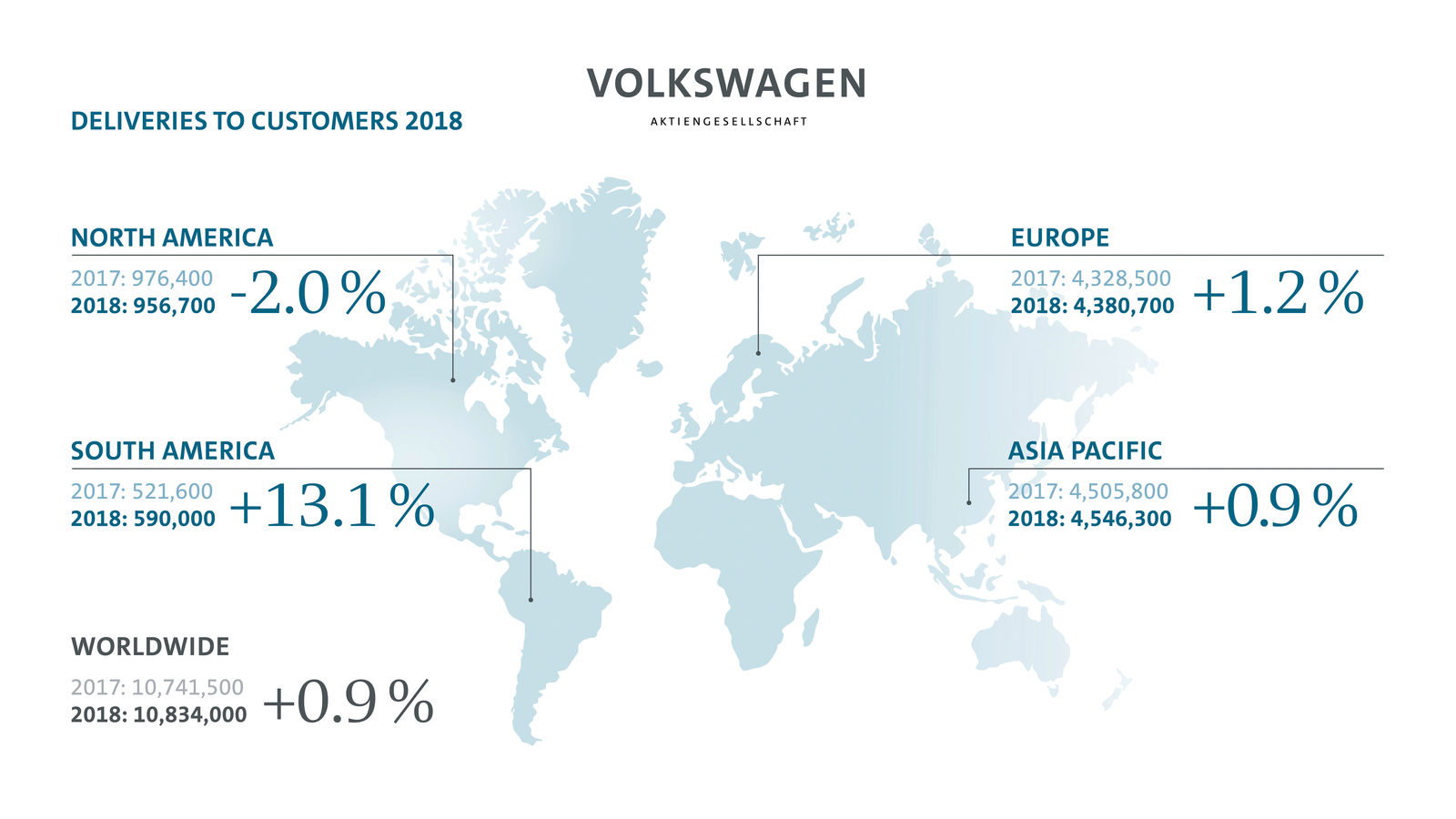 With 10.83 million vehicles delivered throughout the world, 0.9 percent more than in 2017, the Volkswagen Group set an all-time record. In many markets of the world, South America, Europe, the USA and China, both the deliveries and in some cases the market shares of the Volkswagen Group grew. With successful product offensives, the Group brands were able to more than compensate for the risks in individual regions such as the general economic uncertainty in China and the adverse effects of the WLTP changeover in Europe. Especially the Group’s new SUV models were strong growth drivers. The Volkswagen Passenger Cars, Škoda, Seat, Porsche and Lamborghini brands all set new deliveries records. Dr. Christian Dahlheim, Head of Volkswagen Group Sales: “Even though setting new records is no longer our primary goal, we are very pleased about this great result. Especially in the second half, things were not easy for us in 2018. It was possible to achieve this new deliveries record for the Group thanks to a combination of outstanding products and the high level of trust placed in us by our customers. In view of volatile geopolitical developments, our business will face an equally strong headwind in 2019. In my opinion, the Volkswagen Group is well-positioned to meet the upcoming challenges. We face the future with optimism.”

Deliveries in the regions developed as follows:
in Europe, the brands of the Volkswagen Group delivered a total of 4.38 million vehicles in 2018, 1.2 percent more than in 2017. The Group grew especially strongly in Central and Eastern Europe, where 797,200 vehicles were handed over to customers, 7.1 percent more than the previous year. This increase was especially due to strong performance in Russia, where Group deliveries grew by 19.8 percent. Despite the significant adverse effects of the WLTP changeover of the fleets in the second half of the year, deliveries by the Group in Western Europe reached about the same level as the previous year, at 3.58 million vehicles. In Germany, deliveries also remained at the prior-year level, at 1.28 million vehicles.

There was a two-way split between the situation for the brands in the markets of North America. While growth was recorded in the USA with 638,300 vehicles delivered (+2.1 percent) and Canada with 118,500 vehicles delivered (+3.7 percent), there was a drop of 15.6 percent compared with the previous year in Mexico. In total, the Volkswagen Group handed 956,700 vehicles over to customers in the region, 2.0 percent less than in 2017.

Developments for the Volkswagen Group in South America last year were extremely positive. With growth of 13.1 percent in deliveries to 590,000 vehicles, the region made a decisive contribution to the positive overall figures of the Group. The outstanding performance of the Group brands in Brazil, where 401,700 vehicles were delivered, a rise of 30,4 percent, more than offset the fall of 22.4 percent to 118,600 vehicles delivered in Argentina. In Argentina, conditions for the overall market remained difficult in a generally poor economic environment.

In the Asia-Pacific region, the Volkswagen Group achieved growth, with 4.55 million vehicles handed over to customers – despite the negative effect of the Chinese market, where the overall economic situation became more sluggish in the second half of the year as a result of the trade dispute with the USA. The reluctance to buy on the part of consumers had a negative impact on the entire automobile market, which contracted for the first time after many years in 2018. In this situation, the Volkswagen Group still achieved slight growth compared with the previous year, at 4.21 million vehicles delivered, and were able to increase its market share. 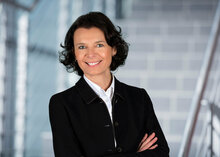