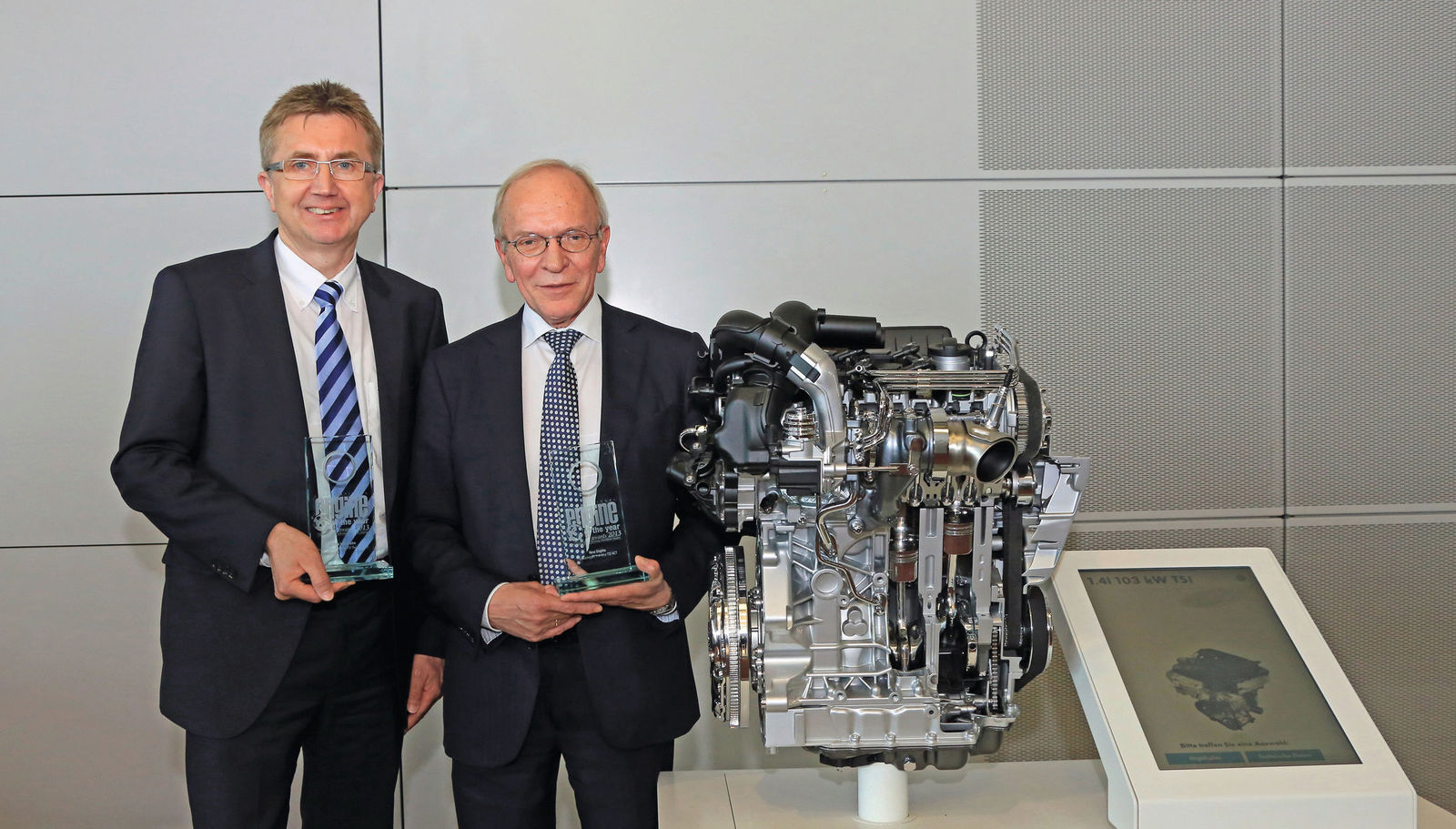 "International Engine of the Year" trophies for TSI technology by Volkswagen

The 1.4-litre TSI petrol engine from Volkswagen wins "Engine of the Year Award" for eighth consecutive time in the 1.0 to 1.4 litre displacement category. This makes the 1.4-litre TSI the most successful engine in the 15-year history of this international engine technology competition. In addition, Volkswagen received the coveted "Best New Engine Award" for the TSI technology in combination with automatic cylinder deactivation (ACT). This award recognises the best engine development of the past 12 months.

Since 2006, Volkswagen has received a total of 13 trophies from the "Engine of the Year" jury for the constantly enhanced 1.4-litre TSI engine with the internal designation EA 211 – eight class victories, two overall victories, two "Best New Engine" awards and one "Green Engine of the Year" award. The committee, which is made up of 87 international trade journalists, has given the TSI technology a historic string of victories. At the same time, Volkswagen is launching into a new era of engine production with its latest innovation - the TSI with ACT cylinder deactivation.

The Wolfsburg-based company was the world's first manufacturer to introduce active cylinder management (ACT) in the TSI four-cylinder last year – a technology that until then had been more familiar in large eight- or twelve-cylinder engines. Active cylinder management made its debut in the Polo and Golf 103 kW / 140 PS 1.4 TSI. Temporary shutoff of the second and third cylinders – in conjunction with an economical style of driving – reduces fuel consumption by over 0.5 litres per 100 kilometres.

Even with two cylinders the excellently balanced 1.4 TSI runs just as quietly and with low vibration as with four active combustion chambers. All mechanical switchover processes take place within one camshaft rotation; depending on engine speed this takes just 13 to 36 milliseconds. Accompanying interventions in ignition and throttle valve processes smooth the transitions.

Altogether, the components of active cylinder management weigh just 3 kg. Their actuators, the camshafts and their bearing frames are integrated in the cylinder heat; two low-friction bearings reduce shaft friction. Important to know: only with the TSI concept – petrol direct injection plus turbocharging – is cylinder deactivation even conceivable in the form being implemented today.

Compared to its predecessor, fuel consumption and CO2 emission values of the TSI engines were reduced to 9 per cent in part also by such measures as reducing internal friction, lowering weight and optimising thermal management. The savings potential is as much as 15 per cent in conjunction with the innovative active cylinder management (ACT) feature.

Volkswagen is the global leader in charging strategies for engines with direct fuel injection, and to date it has produced over 3.8 million TSI engines at five production sites worldwide. The 140 PS TSI with automatic cylinder deactivation (ACT) is currently available in the Polo and Golf. Today, in Stuttgart, the two awards were accepted by Dr. Rüdiger Szengel, Head of Volkswagen Petrol Engine Development, and Hermann Middendorf, Head of Basic Development for the EA 211 in Volkswagen Petrol Engine Development.