Volkswagen is focussing on stepping up electric mobility and is significantly expanding its range of fully electric models and hybrids. Even before the launch of the new ID.3 this summer, the demand for electric mobility has considerably increased in Germany: already every second order for the up! model series is for the fully electric version, around 20,000 orders have been received. The GTE versions of the current Passat generation have also become increasingly more popular amongst buyers: Every seventh customer now opts for the plug-in hybrid (PHEV).

The e-up! generates 61 kW (83 PS) has been launched in November 2019 and represents the new entry-level model to Volkswagen’s electric world. Compared with the predecessor, it offers a significantly increased range (up to 260 km in the WLTP cycle). Around 20,000 vehicles have been ordered already over the first three months of this year. The low running costs are the crucial purchasing argument: In Germany, its manufacturer suggested retail price (€21,975) is reduced by an environmental bonus (€6,570, both gross amounts) and the German insurance categories are favourable (liability category: 12, fully comprehensive category: 16). And no charges are incurred for road tax or engine oil changes for the e-up!.

Hybrid drive systems form a further key element in the powertrain strategy on the path to a zero emission future. For this reason, Volkswagen Group is introducing plug-in hybrid technology in many important high-volume segments. GTE models took the lead in 2014 and their second model generation boasts an increased electric range thanks to more battery capacity. The new Passat GTE Variant generates 160 kW (218 PS) and covers up to 56 kilometres fully electrically in the WLTP cycle. Consequently, it covers far more than the daily range of an average Volkswagen customer, which amounts to 42 kilometres. Within the Passat segment, where the majority of orders are received for diesel engines, the petrol-powered variant with plug-in hybrid technology now makes up 15 percent of the orders, showing a five-fold increase compared with the previous GTE model. 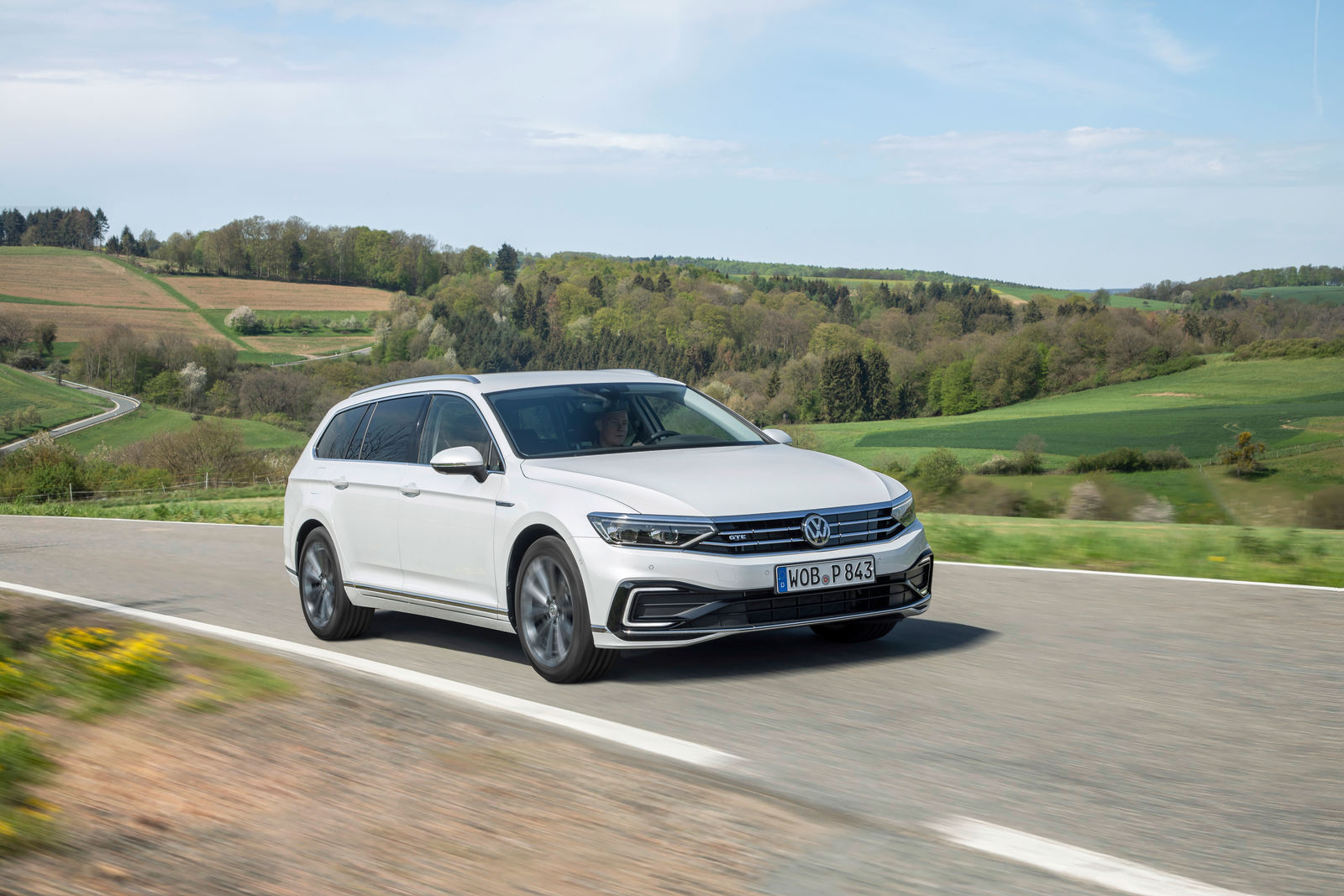 After the PHEV debut in the Passat and Passat Variant, Volkswagen will be introducing several new plug-in hybrid models in 2020. Consequently, the new Golf, now in its eighth generation, will once again be available as a Golf GTE and in parallel a plug-in hybrid version will be available for the normal Golf for the very first time. The technology will subsequently be launched in the Arteon and the Tiguan compact SUV. And at the beginning of March, the brand’s new top-of-the-range model celebrated its premiere: the new Touareg R is a very powerful PHEV with a hybrid system output generating 340 kW (462 PS) on the basis of a V6 engine and an electric drive.