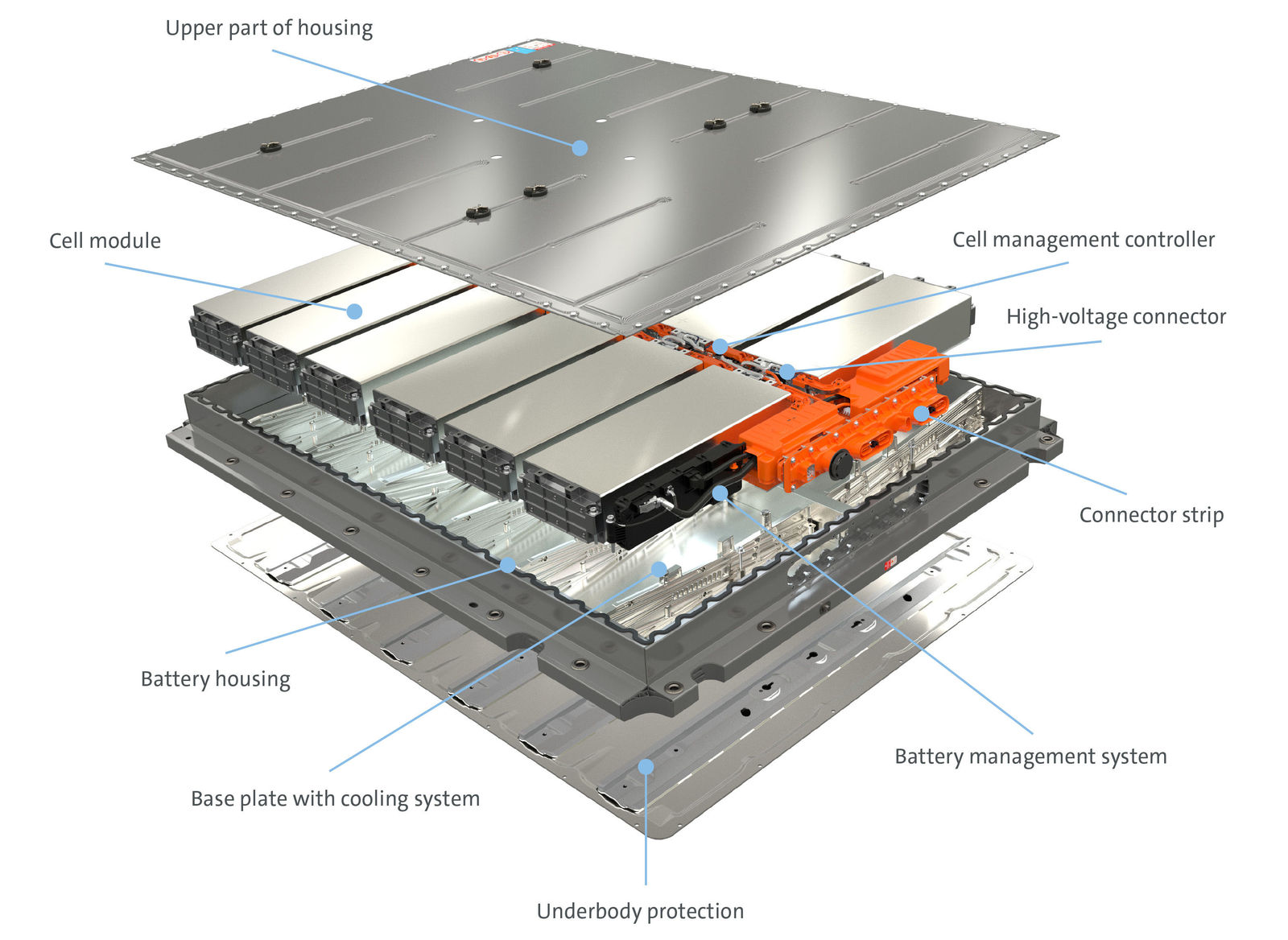 In brief: Key components for a new era – the battery system

Up to 550 kilometres with just one battery charge: Volkswagen’s fully electric ID.3 has impressive driving dynamics and great ranges. It is the first model of a product line of vehicles based on the modular electric drive matrix (MEB). Its fast charging capability allows the ID.3 to be recharged with 100 kW charging power within 30 minutes for a range of around 290 kilometres (WLTP). This is made possible by the heart of the electric vehicle: the battery. The ID.3 is fitted with a high-voltage battery system which looks similar to a bar of chocolate. Up to twelve battery modules are fitted and connected with each other inside the system. The Volkswagen Group Components plant in Brunswick will produce up to 500,000 of these energy storage devices per year in future. But how does such a battery system work?

The structure of a battery: cell – module – system

The high-voltage battery system uses lithium-ion cells, which are also used in mobile phones and notebooks. A single battery cell is the smallest unit in the battery system. It can store energy and release it again. 24 of these cells are currently consolidated into one battery module. The number of modules that are then put together to create a battery system is variable. This modular structure allows for maximum flexibility: if the customer requests a higher range, then more modules will be fitted to the battery system. The fundamental structure however remains the same. In the ID.3, up to twelve modules are put together via a battery connector to form a battery system. A voltage of up to 408 volts is applied in the system, which is considerably higher than that in a domestic socket, which only supplies 230 volts.

The MEB is making full use of the technical possibilities of electric mobility. The electric vehicle can be practically developed around the battery, so that there is enough space available for the energy storage device. This constructive approach offers numerous advantages for the positioning of drive components and ancillaries. The battery’s flat structure and design in the underbody also allows for a spacious vehicle interior between the axles. The aluminium battery housing with an integrated crash frame protects the battery and provides optimal stability as well as significant weight saving. The aerodynamics in the vehicle underbody are optimised by the solid collision protection components, also made out of aluminium, of the battery system.

The Volkswagen Group Components site in Brunswick, where battery systems for electric vehicles have been produced since 2013, saw the development of the entire MEB battery system, including the hardware and the software. On an area the size of nine football fields, a new factory with the most modern plant and production equipment was constructed. In future, up to 500,000 battery systems will be produced per year at the Volkswagen Group Components plant in Brunswick. 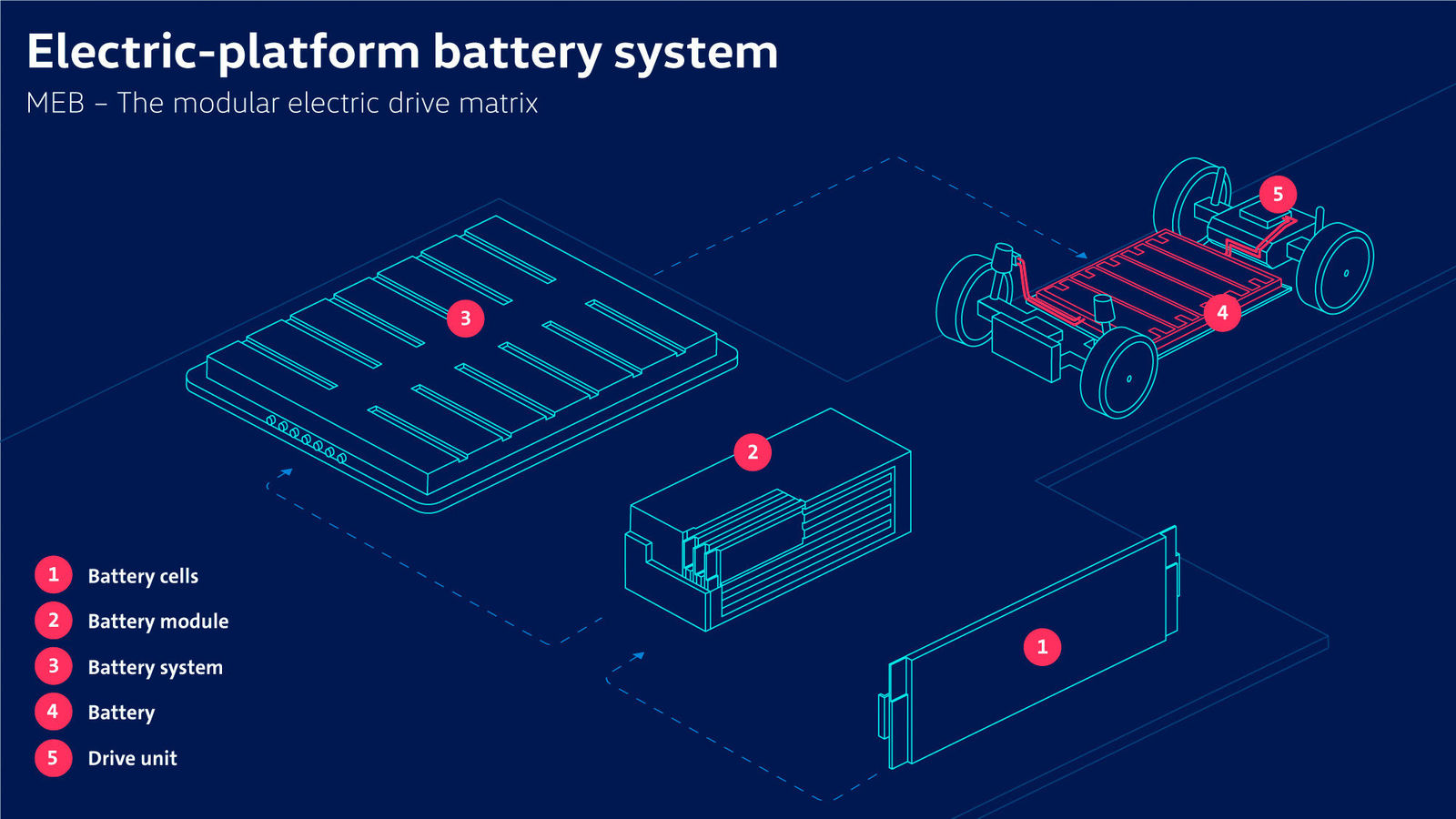 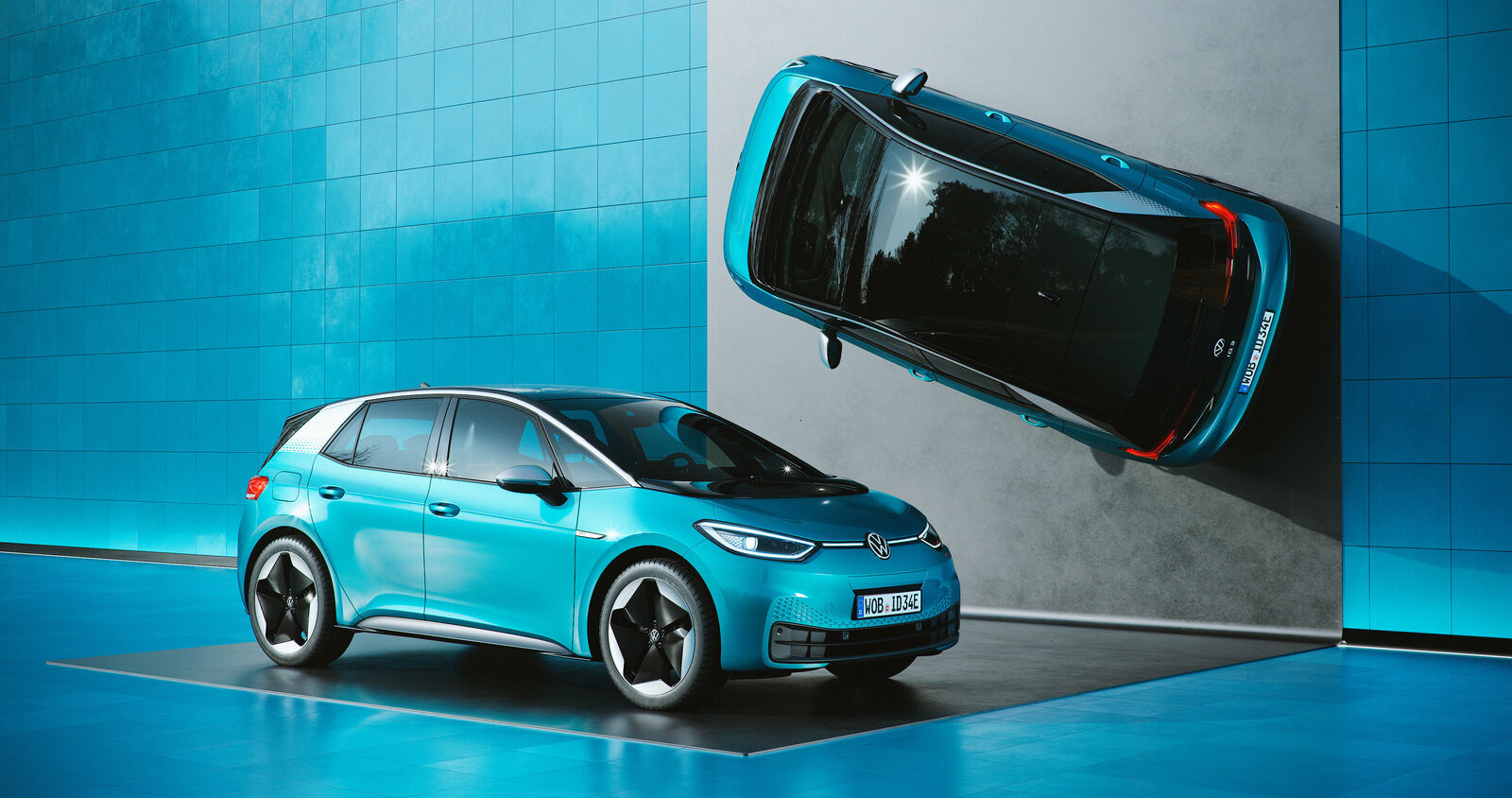 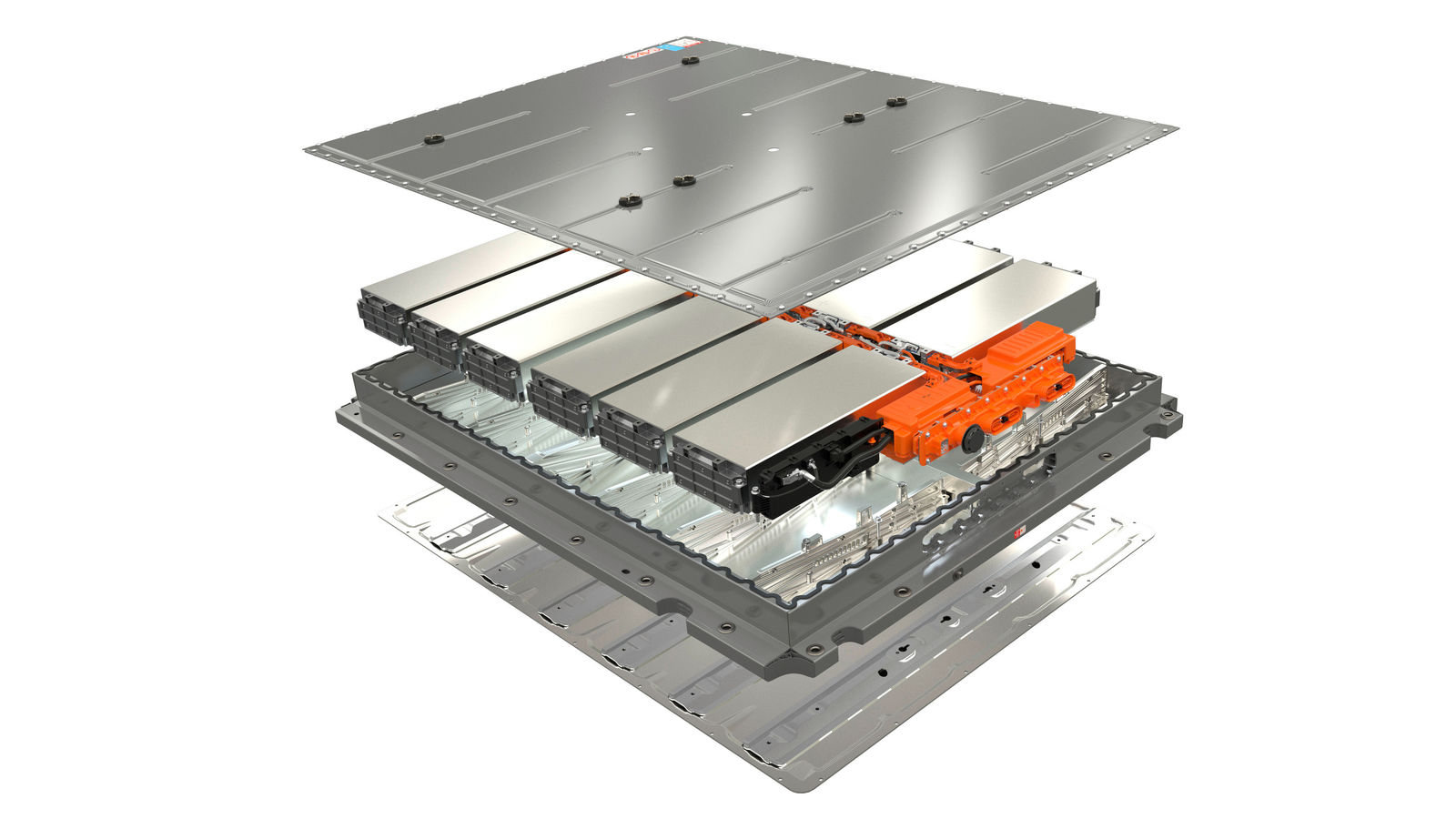 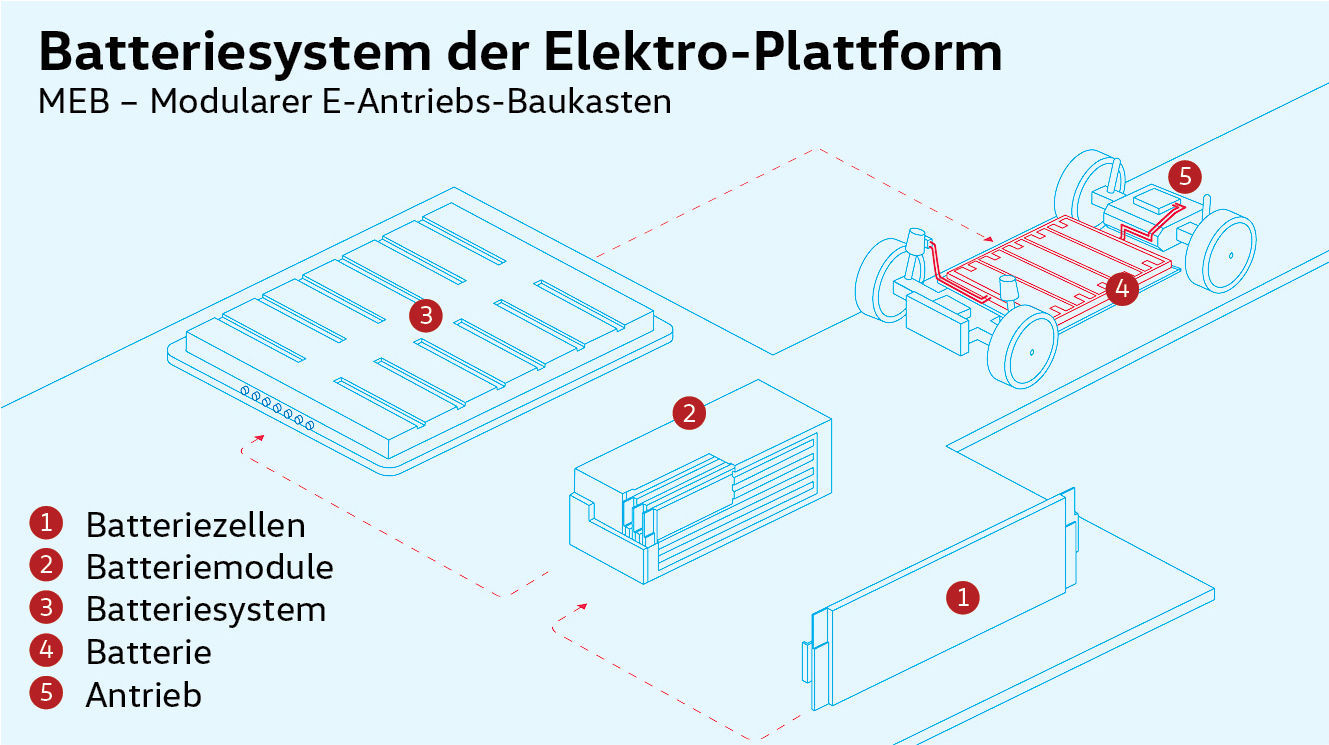 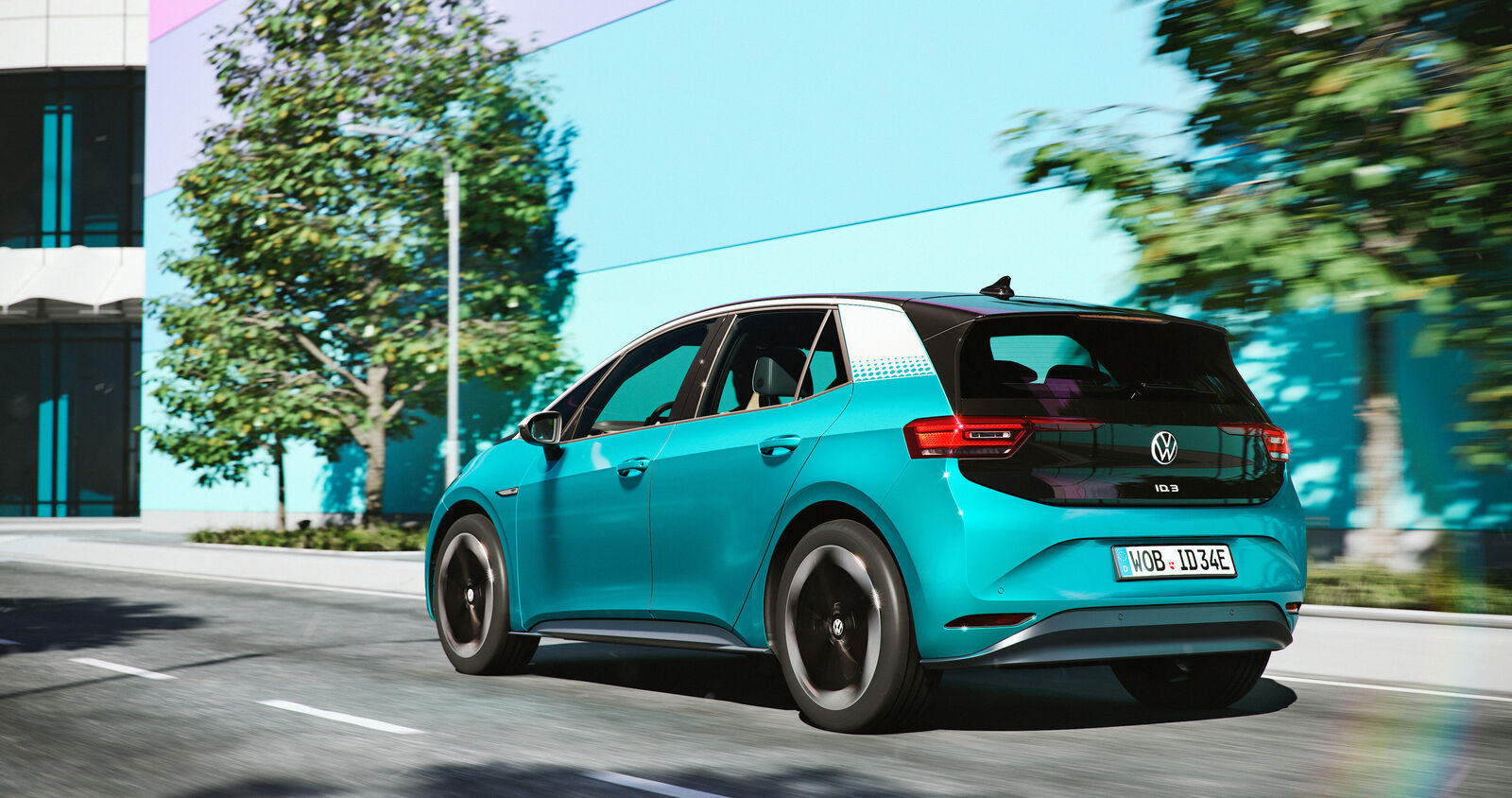 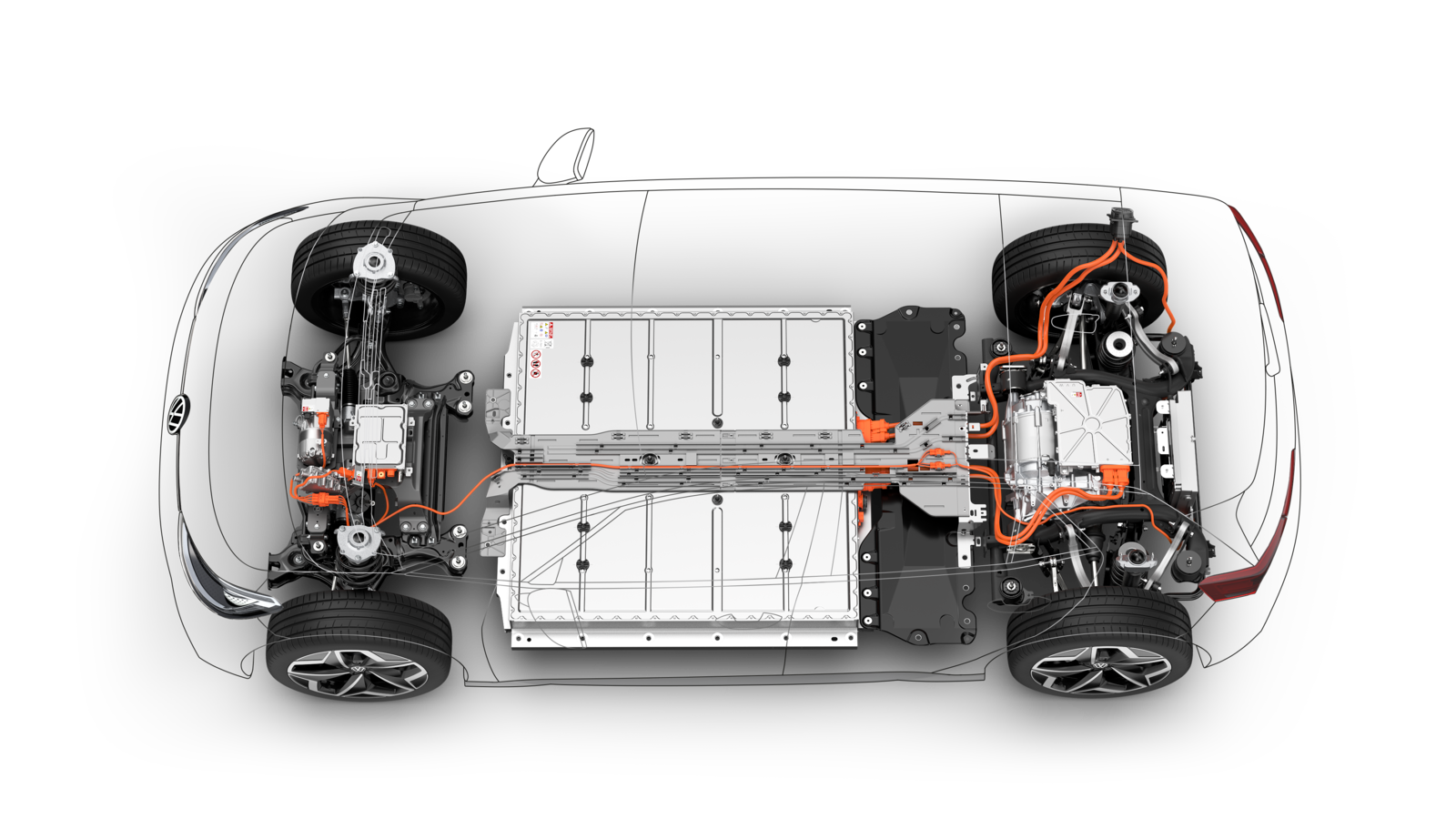