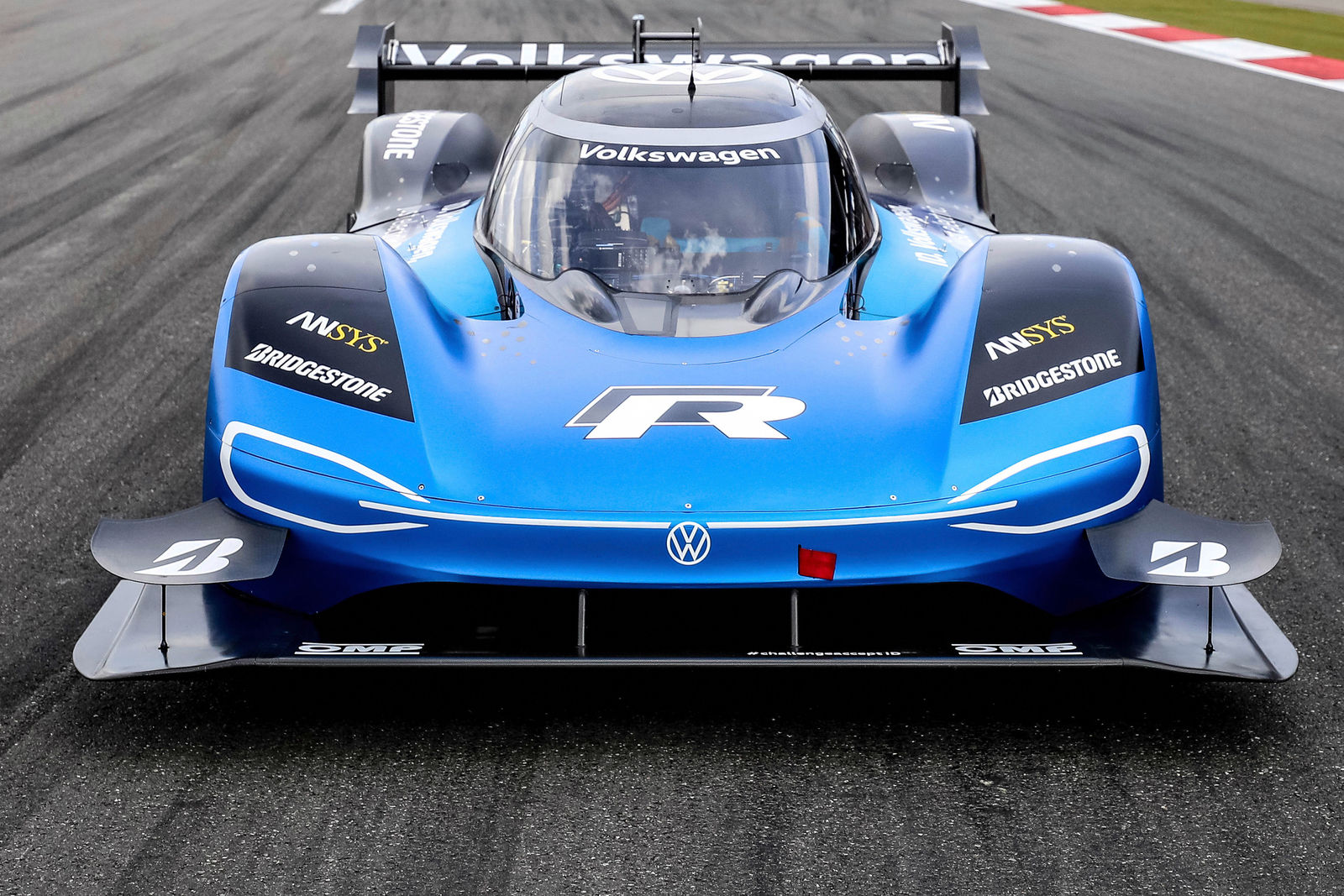 It is a battle of the technology concepts at the “Goodwood Festival of Speed” (04 to 07 July 2019) – electric drivetrain versus petrol engine. Volkswagen travels with the ID.R electric race car to the famous motorsport revival in southern England, where it will take aim at the course record, which has stood for exactly 20 years. Back in 1999, Nick Heidfeld (D) set the fastest time of 41.6 seconds in a Formula 1 car, the McLaren-Mercedes MP4/13, driven by a V10 naturally-aspirated engine generating roughly 574 kW (780 PS). Only last year, the ID.R, which has a system performance of 500 kW (680 PS), set a new record for electric cars in Goodwood. Romain Dumas (F) was at the wheel of the ID.R, the sporty spearhead of the fully-electric ID. family of production vehicles. In doing so, he also set the third fastest time in the history of the event.

“A change is taking place in the field of production vehicles and in motorsport. Electric cars are becoming increasingly more powerful and have long since reached the same level as cars with combustion engines in many areas,” says Volkswagen Motorsport Director Sven Smeets. “In Goodwood, we want to show that the electric drivetrain in the ID.R can mix it with Formula 1. However, whether or not Romain Dumas can successfully challenge Nick Heidfeld’s track record also depends on the conditions at the weekend.”

The unsettled weather in southern England and the condition of the route in the grounds of Goodwood House are just a few of the uncertainties, with which the team is confronted. “It is difficult to judge correctly how much grip the track will provide. That changes all the time over the course of the weekend,” says driver Romain Dumas. Volkswagen partner Bridgestone is supplying the ID.R with particularly soft, and therefore extremely grippy, race tyres for the sprint up the 1.86-kilometre route. The tyre manufacturer’s technicians are familiar with the challenges faced at the “Festival of Speed” – Nick Heidfeld set his all-time record on Bridgestone tyres back in 1999.

The biggest differences in the technical configuration of the ID.R compared to last year are the size of the lithium-ion batteries on board and the energy management. “The latest evolution of the ID.R has been optimised for a sprint,” explains François-Xavier Demaison, Technical Director at Volkswagen Motorsport. “In Goodwood, the only things that count are maximum power and minimum weight. With drive on board, the ID.R weighs less than 1,000 kilograms.” The ID.R covered roughly 20 kilometres when it set the all-time record at the “Race to the Clouds” on Pikes Peak (USA) in June 2018 and the electric record at the Nürburgring-Nordschleife (D) about four weeks ago. That is more than ten times the length of the route at the “Festival of Speed”.

Away from the track too, Volkswagen will have plenty to offer the 200,000 plus spectators expected at the event. Fans and anyone interested can form their own impression of the fascination that is electromobility at an elaborately designed exhibition stand. Among the exhibits will be the ID.3, other models will follow. With its electromobility offensive, Volkswagen brand is planning to become the global number one by 2025, with more than 20 fully-electric models and over one million cars sold every year – zero-emission and networked.