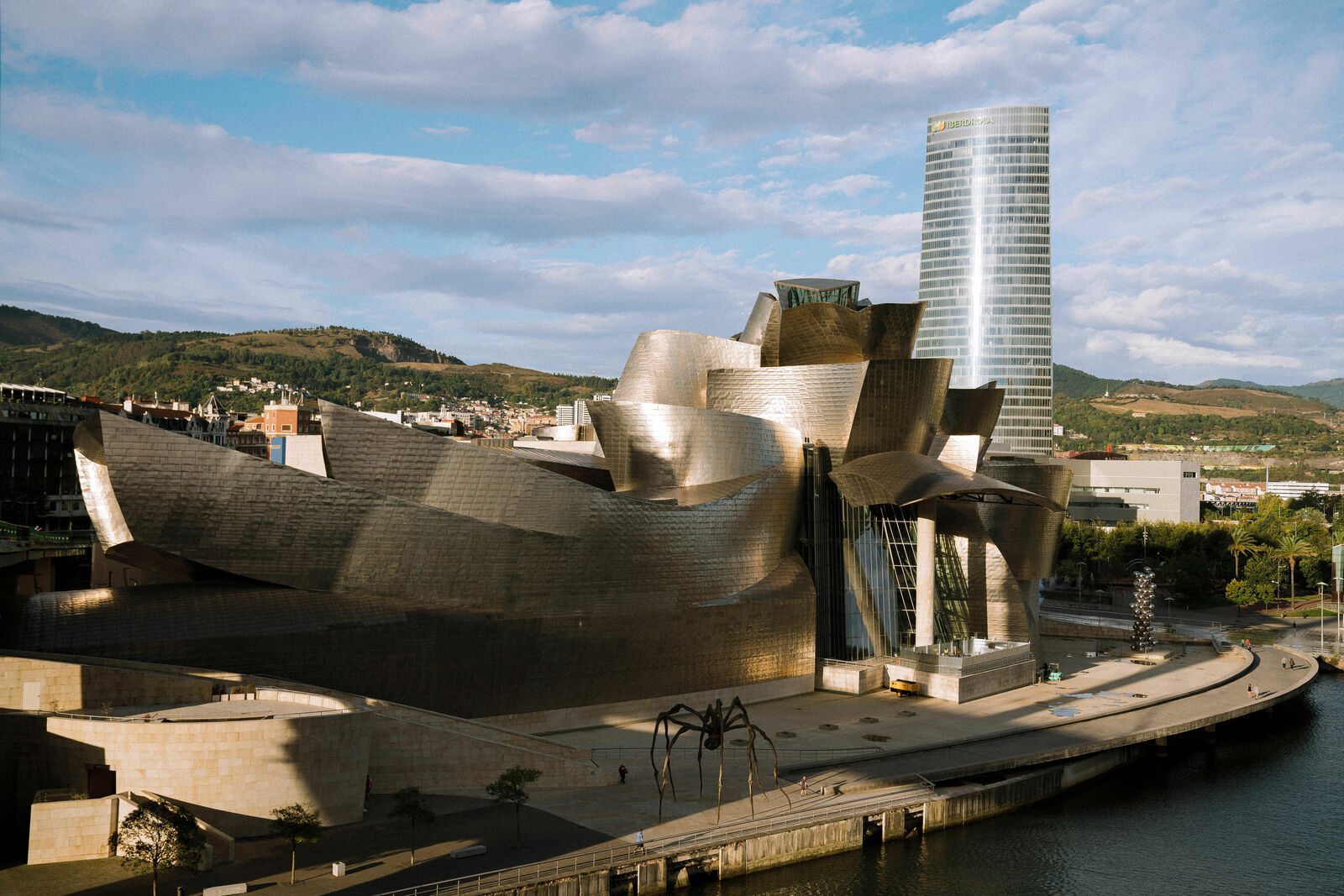 Never before have there been so many people in the world-famous Guggenheim Museum in Bilbao, Spain, as in the past few months for the Volkswagen-supported exhibition “Motion. Autos, Art, Architecture”. A total of 750,000 interested people visited the exhibition.
09/21/22
Wolfsburg
Volkswagen Group News
Press Release

Never before has the internationally acclaimed Guggenheim Museum in the Spanish city of Bilbao welcomed so many guests as during the last months. Responding to the strong interest of visitors, the museum even offered special opening hours during the summer months. The reason for this outstanding level of attraction was the exhibition “Motion. Autos, Art, Architecture” which linked the history of mobility and the design of urban environments with ideas of how we come together and live in the future.

Volkswagen supported the multi-faceted “Motion” exhibition project as leading partner in Bilbao. Widely renowned for its unique building created by Frank O. Gehry, the Guggenheim Museum Bilbao achieves a big success in the same year in which it celebrates its 25th jubilee. 750,000 people visited “Motion. Autos, Art, Architecture” while it had been on view for slightly more than 23 weeks from April 8 until September 18. The exhibition was designed by the esteemed architect and visionary Lord Norman Foster who curated it together with Lekha Hileman Waitoller and Manuel Cirauqui from Guggenheim Museum Bilbao.

The presentation comprised seven sections, which allowed the audience to undertake a journey through the history of the car and its revolutionary influences on technology, aesthetics and social evolution. Among the artworks on display where two iconic motorcars from Volkswagen’s own collection: a 1951 Volkswagen Beetle and a 1962 Volkswagen Type 2. In addition, Volkswagen participated in the creative process involving Pink Floyd’s drummer Nick Mason and resulting in an innovative audio installation which was then exclusively presented to visitors of the exhibition in Bilbao.

Volkswagen also supported the “Future Mobilities” conference that took place in Bilbao on September 12 and 13. In the final week of the exhibition, students and researchers from international universities came together to discuss visions and concepts that had been developed at 15 universities in 13 countries and which had been publicly revealed as part of the exhibition. The conference was also attended by design strategists from Volkswagen who exchanged views on future scenarios for living environments and mobility options with experts from the Royal College of Art in London, the Massachusetts Institute of Technology, the Yale University, the Swiss-based ETH Zurich, the Delft University of Technology in the Netherlands, the Hongik University in South Korea and Japan’s Tokio University among others.

Benita von Maltzahn, Director Cultural Engagement at Volkswagen comments on the success of the exhibition: “Our intention as a partner of culture and the arts is always to make creative work accessible to a wide audience. Lord Norman Foster’s striking idea which came to reality in Bilbao offered an immersive reflection of the links between art, architecture and design. And we join the Guggenheim Museum Bilbao in thanking all these people who were able to see this special exhibition.”

Lord Norman Foster, curator: “I am delighted by the record numbers who have attended the ‘Motion’ exhibition, especially as I understand that its unique mix of autos, art and architecture has introduced a new kind of visitor to the Museum. It is testimony to the attraction and power of design, the patronage of Guggenheim Museum Bilbao and the support of Volkswagen as one of its principal sponsors.”

The support for the exhibition project is part of Volkswagen’s international work to assume social responsibility. It includes the commitment to join partnerships and collaborations letting as many people as possible discover the power of creativity and strengthening a sustainable impact of culture and the arts. In this role, Volkswagen strives to foster an open, forward-looking and engaging dialogue within the society.