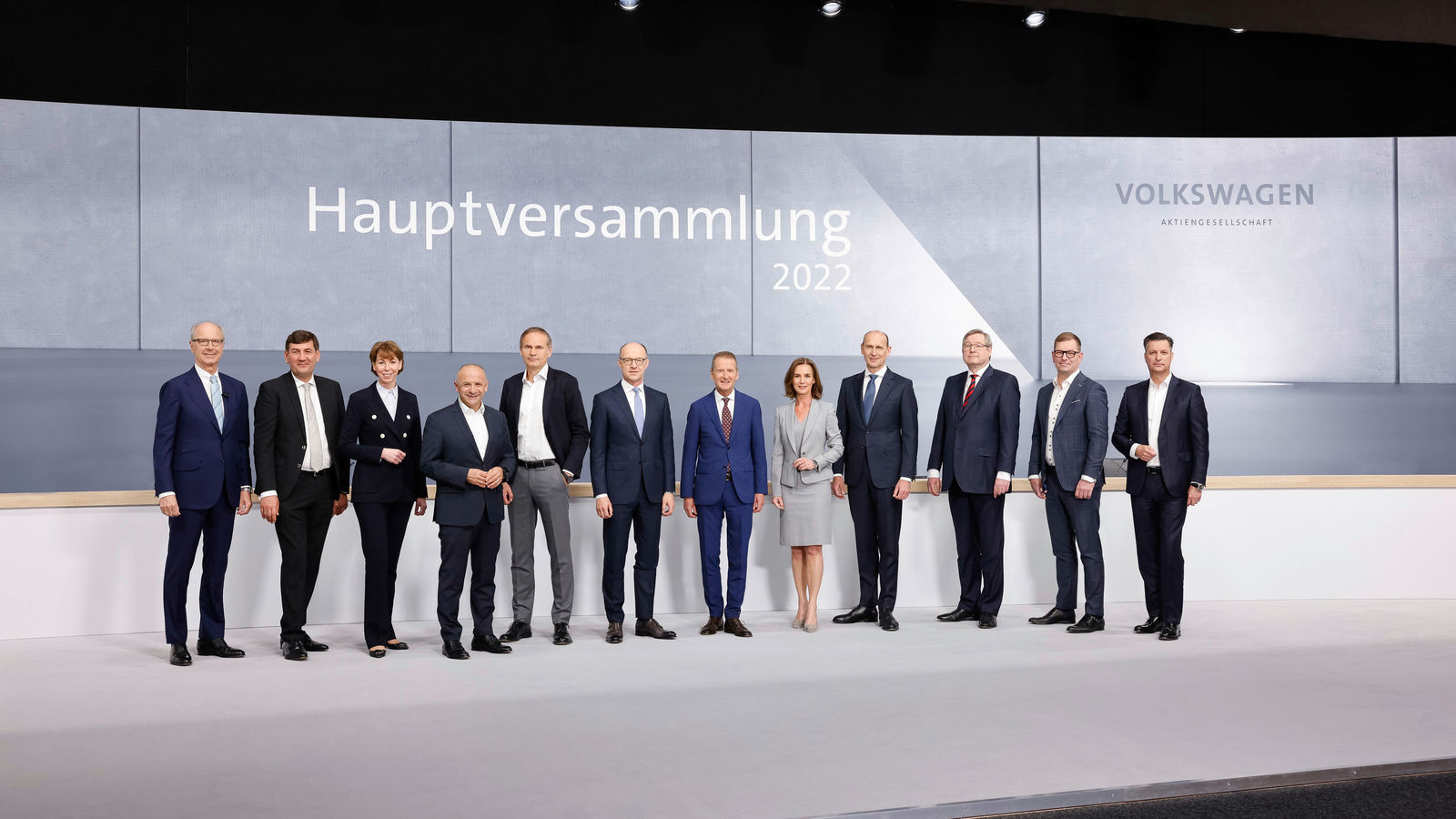 The Volkswagen Group is making good progress with its transformation into a sustainable, software-centric mobility provider, despite a challenging environment. Speaking at the virtual Annual General Meeting, CEO Diess said: “We delivered in 2021. Backed by good crisis management, we are financially robust and have strengthened our resilience. At the same time, we have made major progress in implementing our NEW AUTO strategy. We will continue to forge ahead with our realignment in 2022, despite the geopolitical and economic challenges. Our teams are keen to change the world of mobility.”

In light of a successful fiscal year 2021 with a strong operating result before special items of EUR 20 billion, the Board of Management and the Supervisory Board proposed to the Annual General Meeting to increase the dividend compared with the previous years to EUR 7.50 per ordinary share and EUR 7.56 per preferred share.

The drive system shift from combustion engines to electric vehicles is a central element of the NEW AUTO strategy. Herbert Diess: “Today, our customers can buy an electric alternative to almost all models. This means our range of electric cars is larger than that of any other car manufacturer.”

The Group’s electric offensive is in full swing in all core markets. In Europe, every fourth pure electric vehicle (BEV) came from the Volkswagen Group in 2021. In the USA, the Group’s share of the BEV market was around eight percent last year, roughly double its market share for combustion engines. More than two thirds of the 17,000 ID.4 buyers were new customers. This year, the Group will already be offering eight BEV models in the USA. In China, its largest single market, the Group delivered some93,000 pure electric vehicles last year, more than four times as many as in 2020. Some120 ID. City Stores have already been opened in Chinese city centers and have been well received by customers.

Herbert Diess added: “We expect the e-mobility business to match the profitability of our combustion engine business earlier than planned. Because we are rolling out our e-mobility toolkits across the board, converting a growing number of production plants and selling our technology to competitors such as Ford.”

Under the NEW AUTO strategy, the Group has vigorously moved forward with its technology platforms.

It is planned to build over 40 million vehicles on the future electric SSP single platform (Scalable Systems Platform). Reducing complexity is a key issue in this context. Under a successful pilot project run in Kassel, one large casting replaces around 30 individual parts. Using this process for the Volkswagen Trinity is currently being investigated.

1,000 additional developers were hired last year for the key Software technology platform. They are advancing development of the Group’s software stack for autonomous driving. Further expertise has been added through the integration of the camera software manufacturer Hella Aglaia and other tech companies. Moreover, the Group is cooperating with Bosch to jointly generate even more speed in the development of autonomous driving. “Taking software development 100 percent in-house is an entirely new approach that will need two lifecycles. In the automotive industry, that means 15 years”, Herbert Diess said.

In Battery & Charging, the Group recently announced plans to build its third gigafactory in Valencia, Spain, in addition to the two locations in Salzgitter and Skellefteå, Sweden. A total of six gigafactories are to be built by 2030. Furthermore, a fixed pricing model for the volume brands has been introduced at over 300,000 charging points. Together with BP, the first flexible fast charger was launched. There are to be 4,000 by 2024.

With regard to the Mobility Solutions technology platform, the Group started the test operation of autonomous shuttles in Munich in collaboration with ARGO AI, marking a major milestone. Autonomous shuttle services in Hamburg are to be available from 2025. It is planned to complete the acquisition of Europcar in the second quarter of 2022. This will form the basis for the Group’s future mobility platform. An app will give customers easy and convenient access to a variety of mobility services ranging from micromobility and carsharing for a few minutes to renting vehicles for a longer time period.

Significant progress was also made in the important field of sustainability. Last year, CO2 emissions across the Group were reduced by 1.7 tonnes per newly produced vehicle throughout its lifecycle. Sustainability targets in production were tightened. CO2 emissions from production are to be halved by 2030 compared to 2018 instead of the 30 percent initially envisaged. According to the Science Based Targets initiative (SBTi), the Group’s ambition level therefore aligns with the 1.5-degree target.

Herbert Diess said the war in Ukraine had called the world order into question. “Nevertheless: the premature farewell to the “change through trade” model is flawed. Bloc building cannot be our answer. Quite the opposite: interdependence among economic regions makes sure we do in fact talk to one another. We can only solve global challenges such as the climate catastrophe through our joint efforts.” The Group remains committed to globalization and is expanding its presence in the major regions of the world. 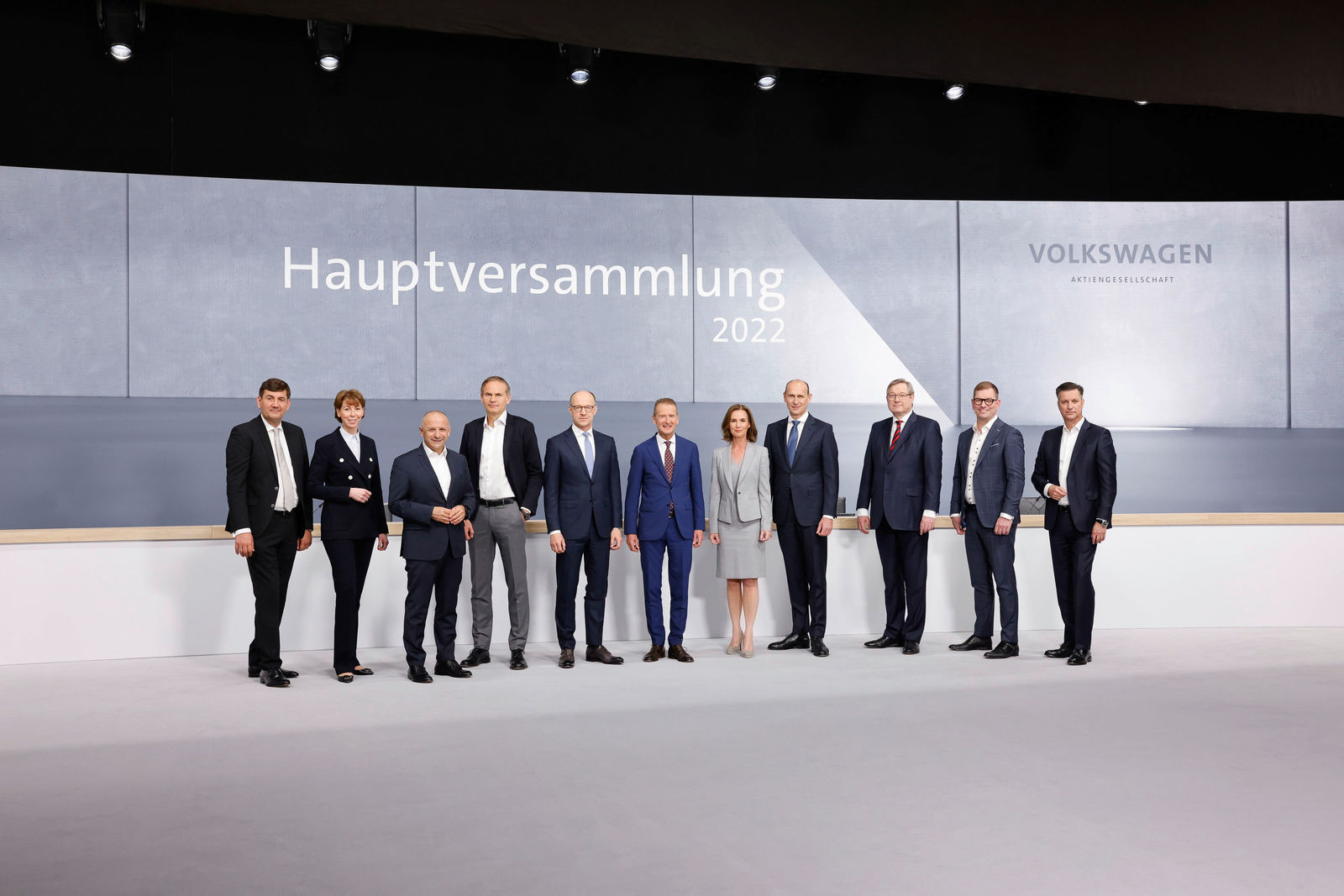 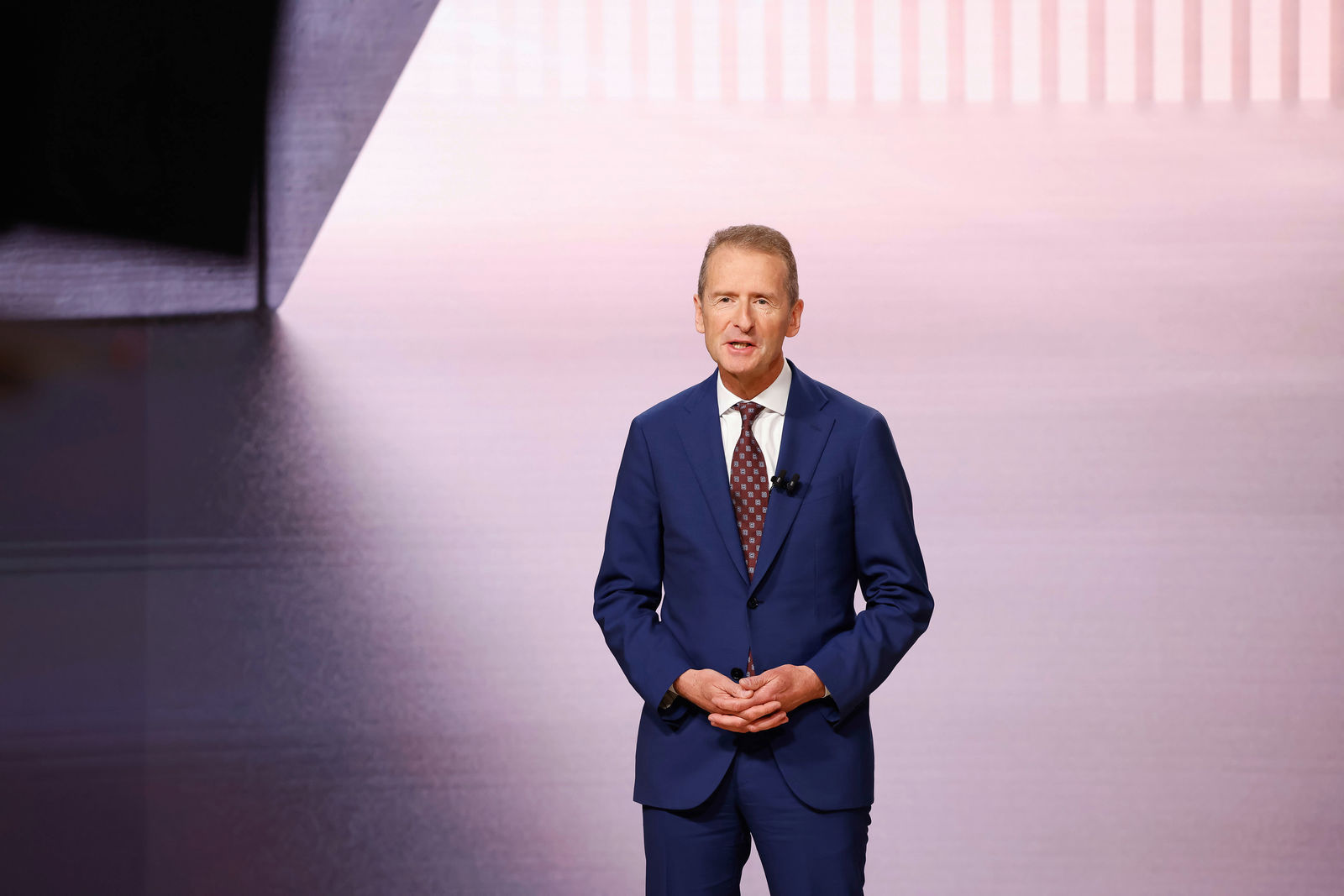 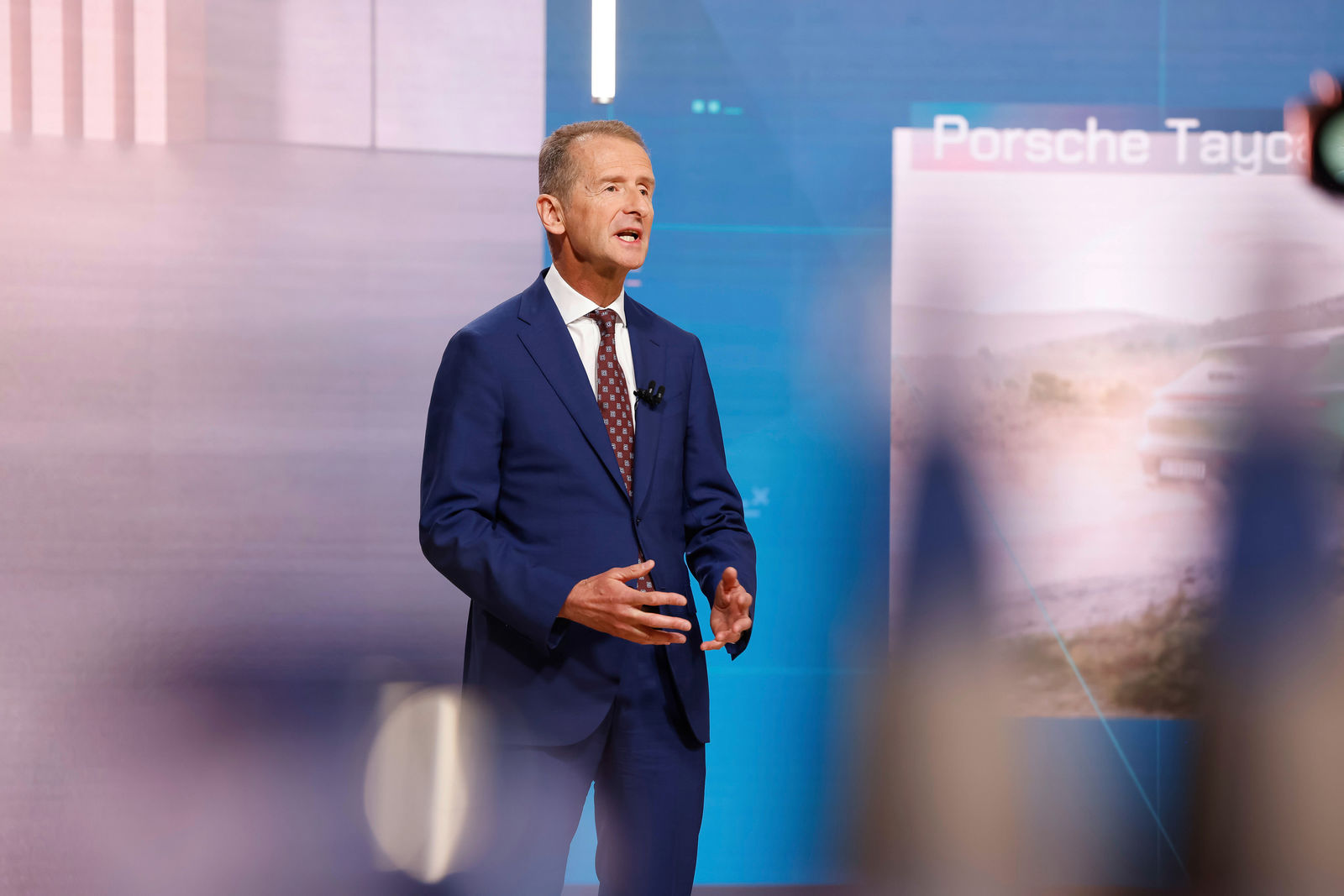 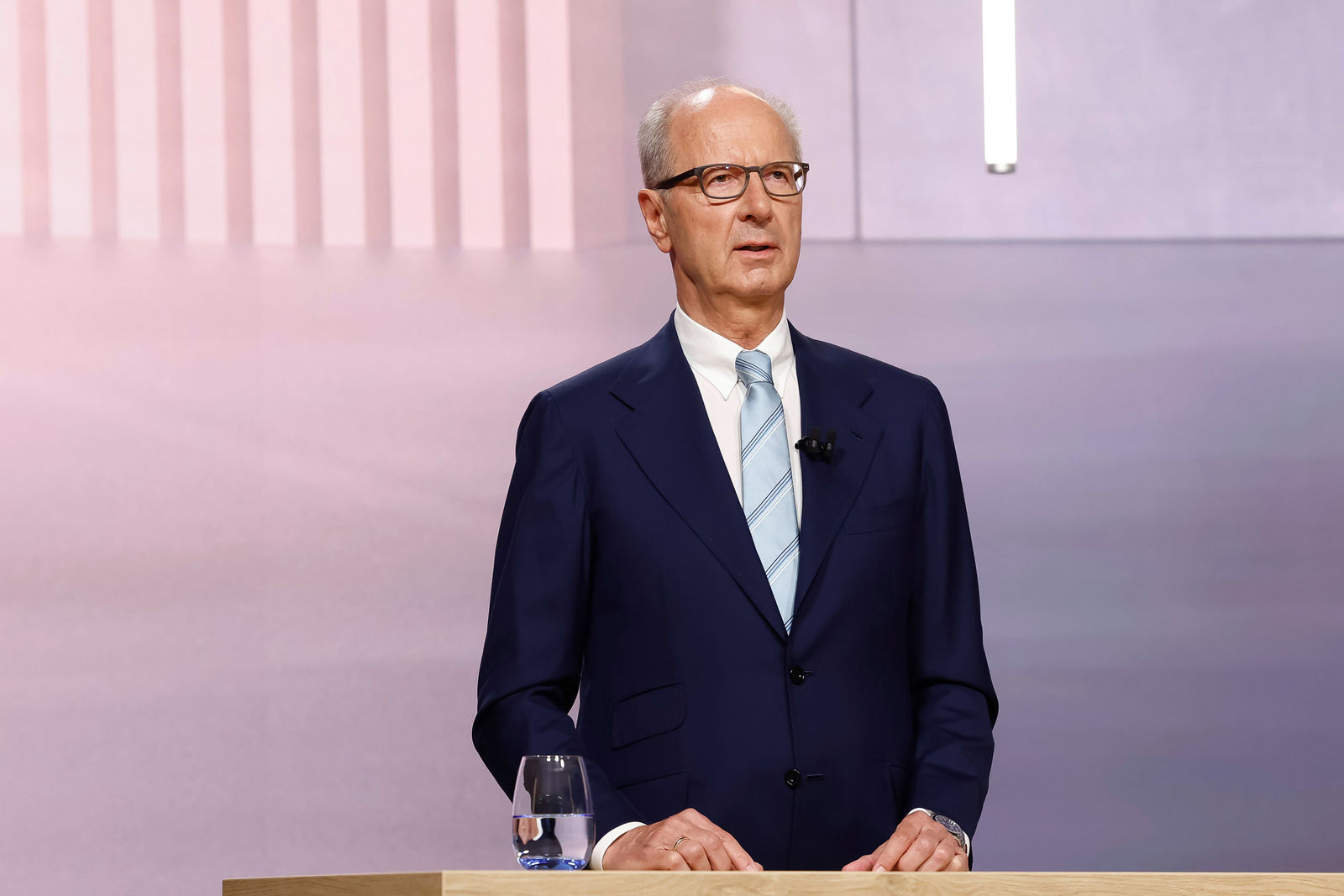 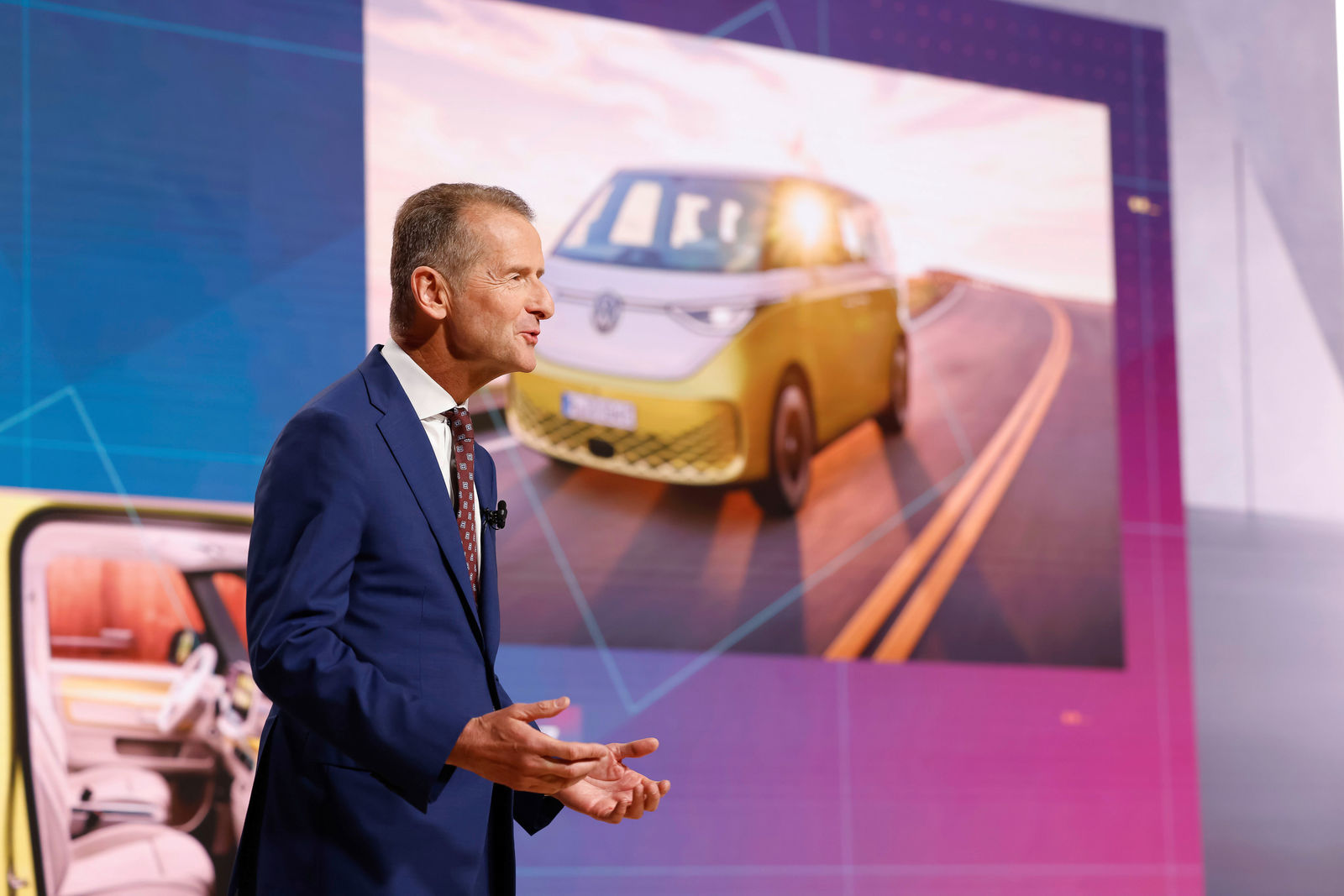 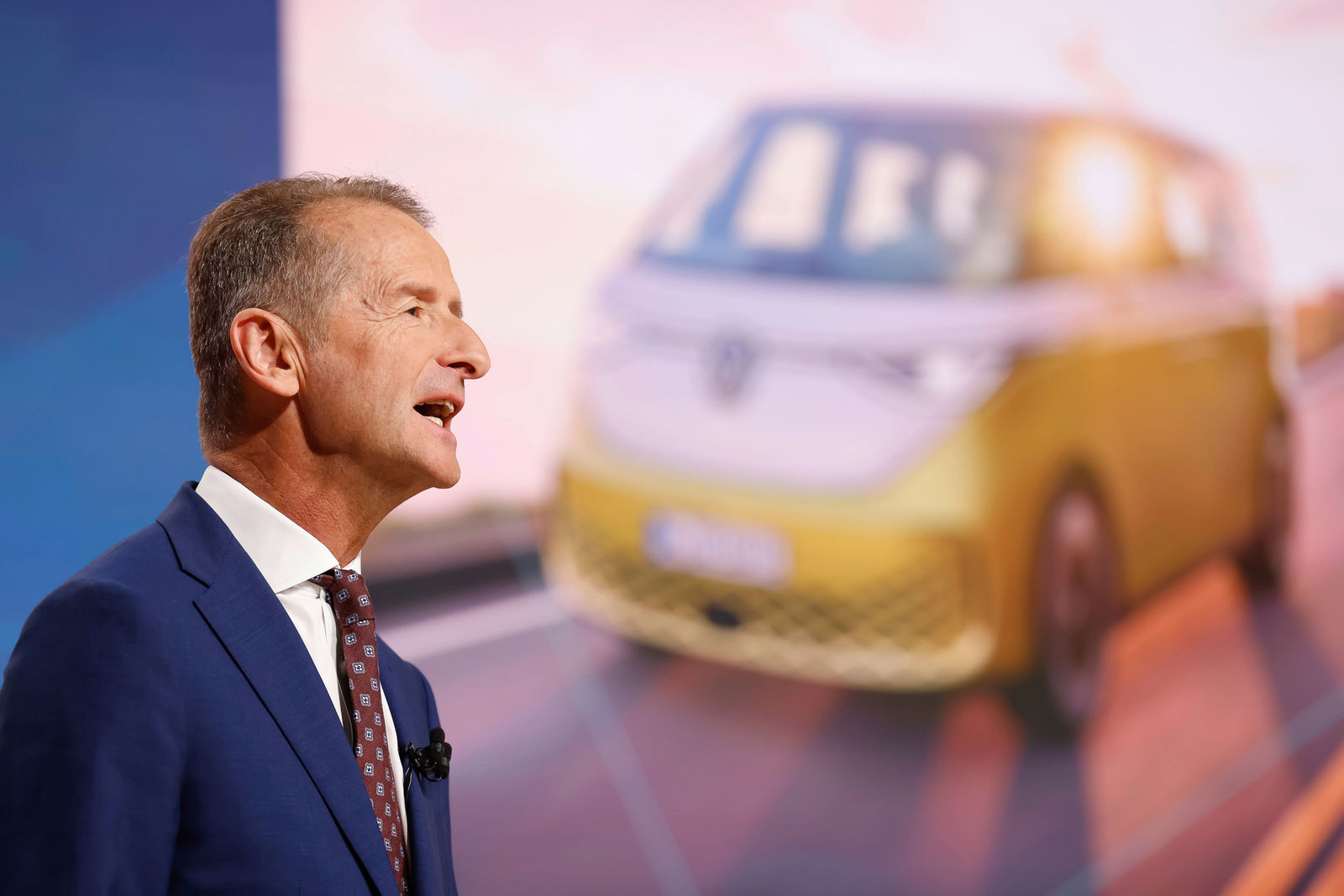 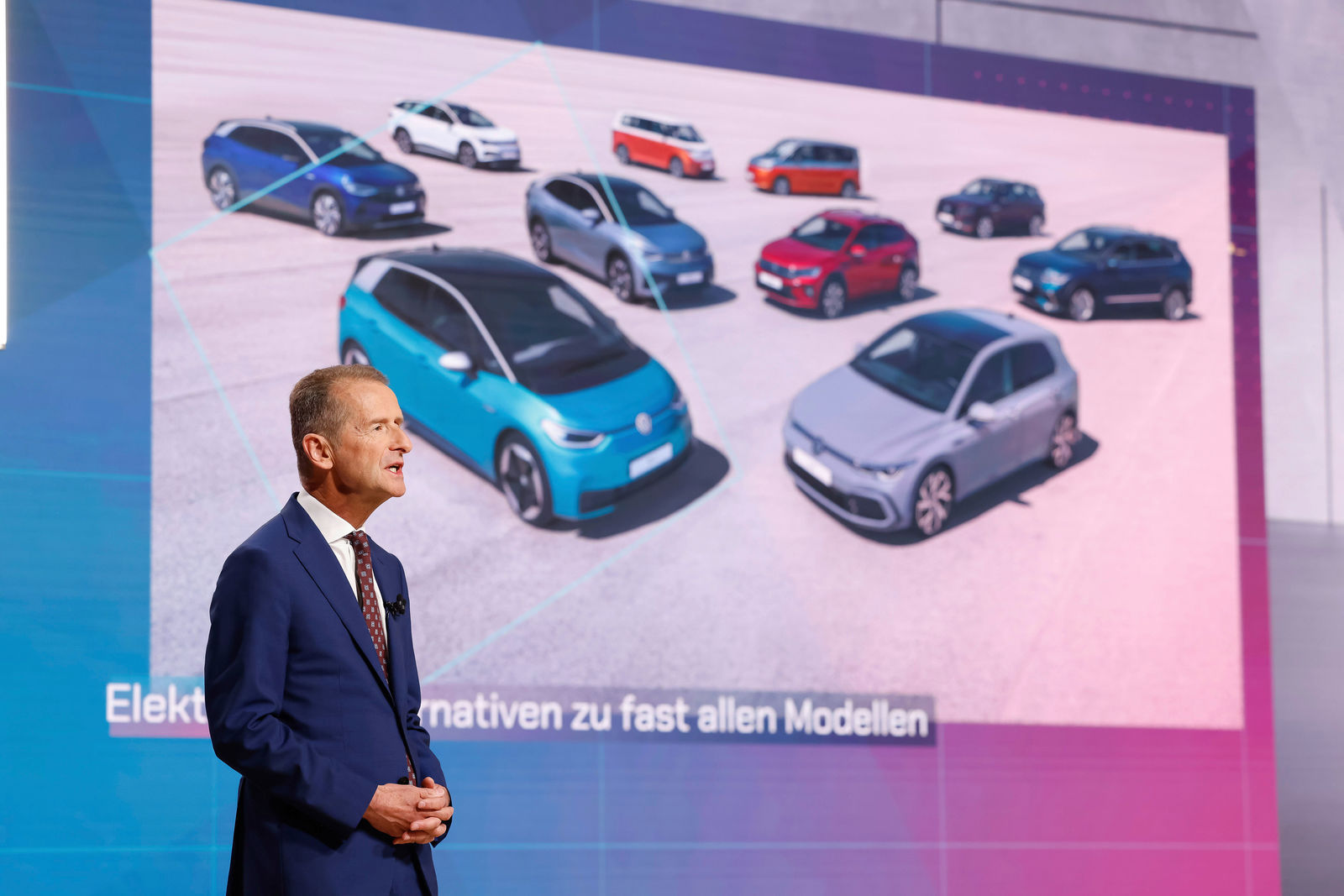