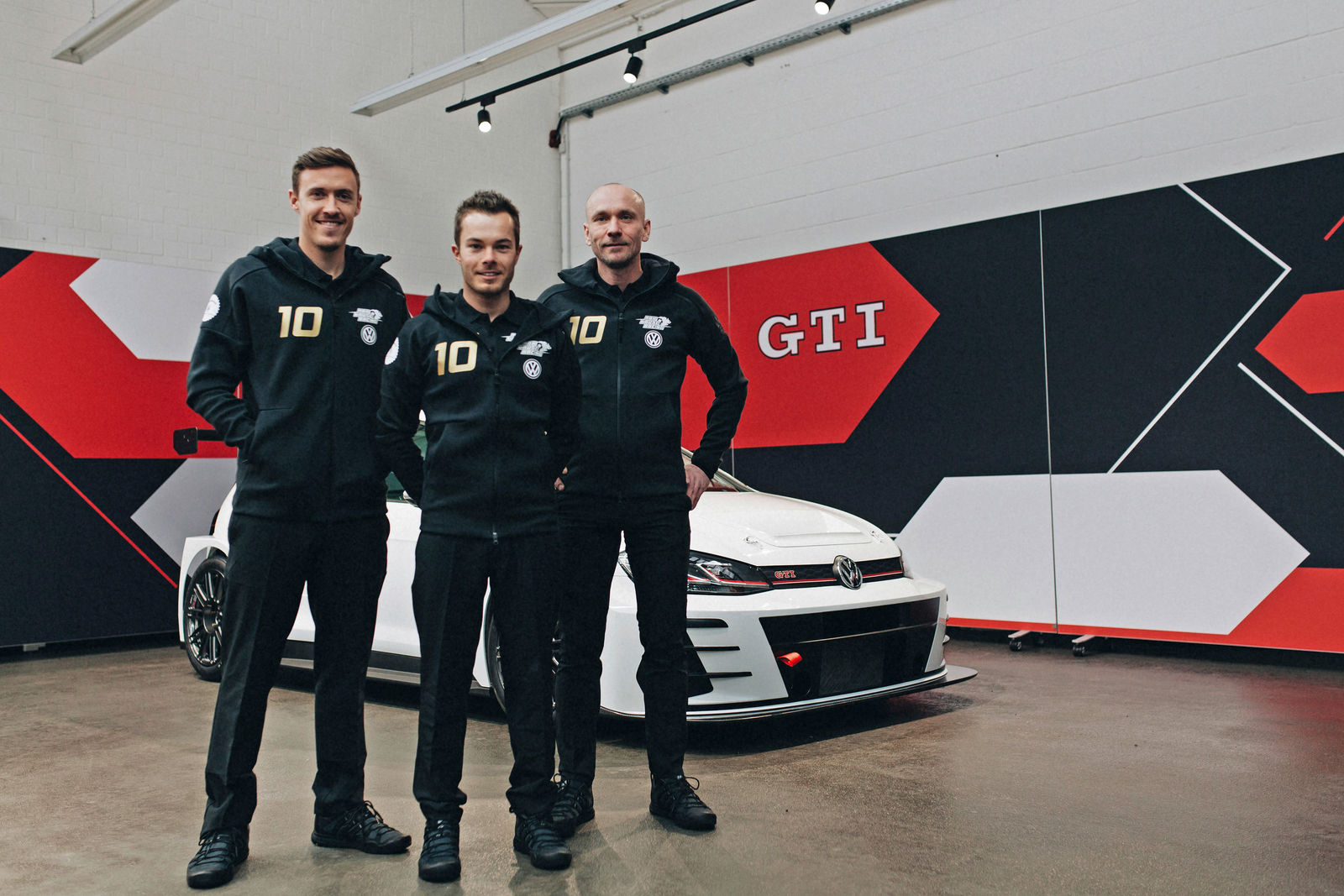 German international Max Kruse, who plays his club football for Werder Bremen in the Bundesliga, is looking to make his mark on the motor racing scene. At the start of the year, the 29-year-old formed the Max Kruse Racing team, which will run a Volkswagen Golf GTI in the ADAC TCR Germany series. The man behind the wheel for the team at this year's seven race weekends will be Volkswagen driver Benjamin Leuchter (30), who just a few days ago tasted success in a Golf GTI TCR at the 24 Hours of Dubai. Leuchter and Kruse visited Hannover (D) to receive the first 350-hp Golf GTI TCR to come off the assembly line in 2018.

"Sport stirs up emotions – that goes for football and motorsport. As such, we are delighted that the Max Kruse Racing team has opted for a Golf GTI TCR," said Volkswagen Motorsport Director Sven Smeets. "We hope the team has a great debut season in TCR Germany, and a successful start as a business."

Max Kruse is also keen to raise the profile of driver safety courses. For this reason, he is offering a training course for clubs, associations, players and businesses. "Professional footballers often drive fast cars, without being able to control them in borderline situations," said the SV Werder Bremen striker. "We want to teach people to drive responsibly through our training courses."

The TCR class (Touring Car Racing) was introduced in 2015, since when it has grown to about 20 national and regional championships. The Max Kruse Racing team will line up for the first time at the opening round of TCR Germany in Oschersleben, from 13 to 15 April. At the wheel: professional racing driver Benjamin Leuchter, who won the TCR class with the Golf GTI in last year's VLN Endurance Championship and at the Nürburgring 24 Hours, and is also a driving instructor for Volkswagen at the Driving Experience. "Max Kruse Racing is bringing football and motorsport together," said the man from Duisburg. "The same thing leads to success in both sports: you have to be disciplined and work hard to improve."

The Golf GTI TCR is based on the production Golf GTI. Under the bonnet is the familiar two-litre turbo engine with direct fuel injection, the current race version of which generates up to 257 kW (350 hp) and roughly 420 Nm of torque. Visually, the Golf GTI TCR differs through its 18-inch racing rims and a chassis that is about 15 centimetres wider than that of the production Golf. An adjustable aluminium rear wing – standard for all TCR cars – generates additional downforce. Another modification for the racetrack is the aerodynamically designed front splitter. The car's safety features include a racing seat with head protectors, a racing safety cell, and an FIA-approved safety fuel tank.