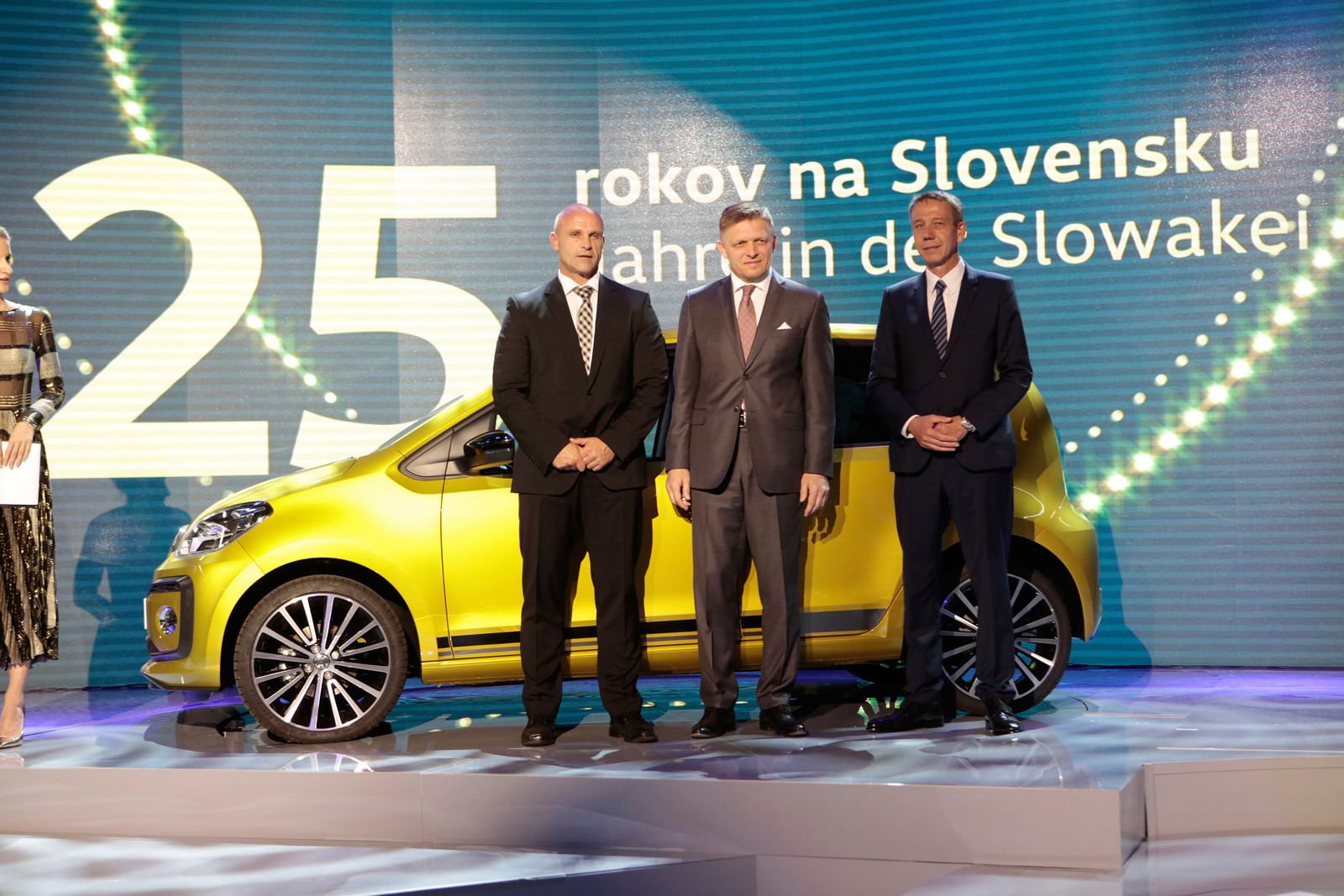 Over the past 25 years, Volkswagen Slovakia has become a mainstay of the Volkswagen brand production system. On the occasion of the anniversary of the company's foundation, the Slovak Prime Minister Robert Fico, Thomas Ulbrich, Member of the Board of Management of the Volkswagen brand responsible for Production and Chairman of the Supervisory Board of Volkswagen Slovakia, and Ralf Sacht, Chairman of the Board of Management of Volkswagen Slovakia, praised the outstanding achievements of Slovakia's largest automaker at an anniversary celebration. "The Volkswagen brand needs shining examples like Volkswagen Slovakia who show how we want to produce and will produce in the future – efficiently, free from defects, flexibly and in a customer oriented way. It is worth remembering that conditions here in Bratislava are especially complex; production of six Group brands at one location is unique. This bears witness to our extremely high level of technical production expertise," Production Board Member Ulbrich emphasized in a speech to the employees in Bratislava.

The Bratislava plant is one of the Volkswagen brand's largest vehicle plants. New body production and assembly units are currently being added to the plant. Volkswagen Production Board Member Ulbrich: "The expansion currently in progress here shows that we will continue to make significant investments in Bratislava in the future. A key signal for the future is the fact that production of the revised version of the up! is to start here today."

Since production started in 1991, more than 4.5 million vehicles of 13 models have rolled off the assembly lines. In addition, Bratislava has produced about 7 million gearboxes. The vehicle portfolio includes SUVs such as the Volkswagen Touareg, Porsche Cayenne and Audi Q7 as well as the New Small Family models, the Volkswagen up!, The SEAT Mii and the SKODA Citigo.

To date, Volkswagen has invested more than €3 billion in its plants in Slovakia. By the end of the year, Volkswagen will have invested a further mount of €1.5 billion since 2012 in modern technologies, the extension of production and a viable position for the future at the Bratislava plant.

Ralf Sacht, Chairman of the Board of Management of Volkswagen Slovakia, emphasized the importance of the company: "Volkswagen Slovakia has been growing and developing continuously for 25 years. This is reflected by the rising production and employee numbers. The success of our company, which has become a reliable partner for the Volkswagen Group and its customers, is the result of the efforts of thousands of committed, responsible, quality-oriented employees: these employees deserve our special thanks 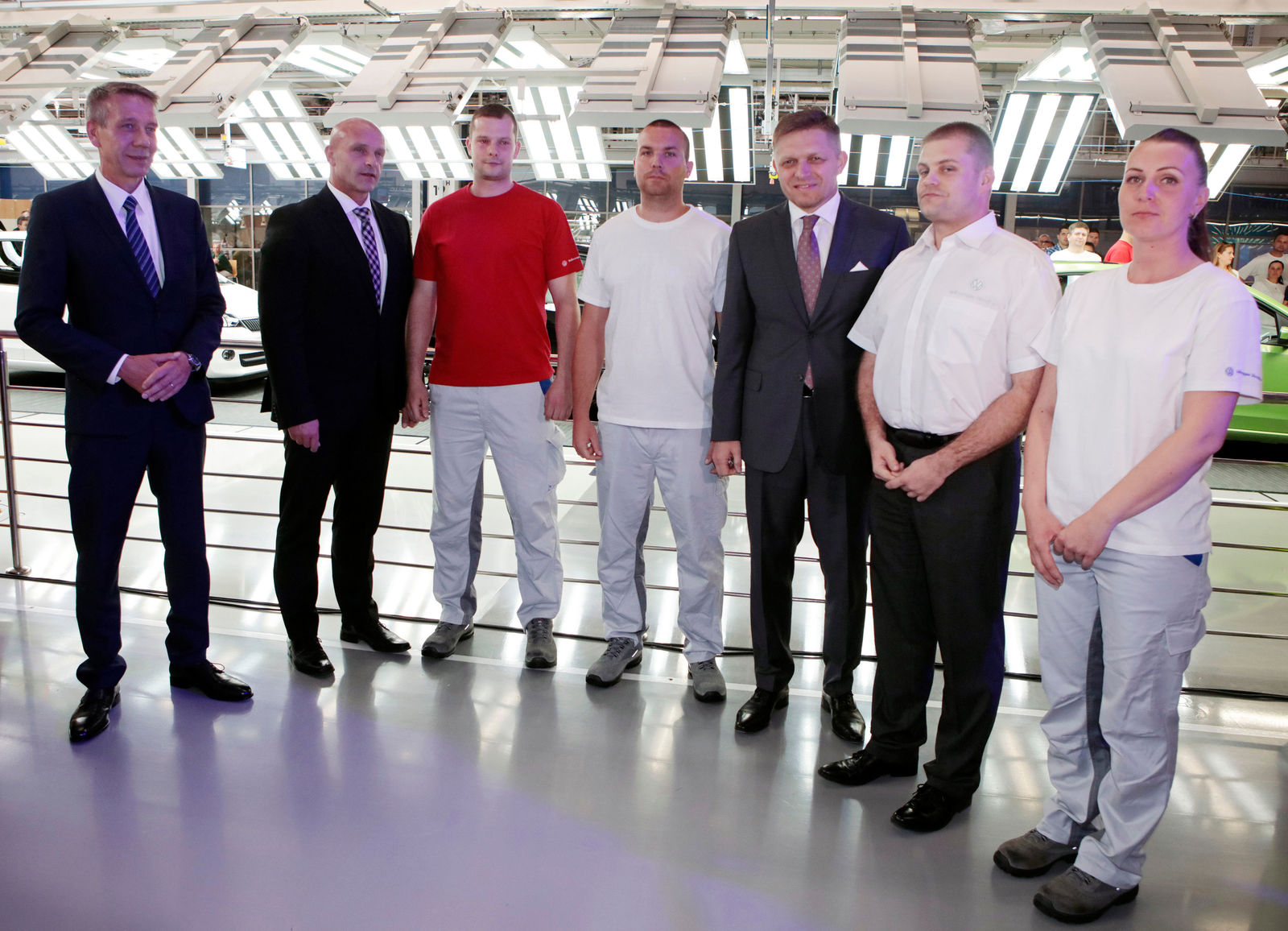 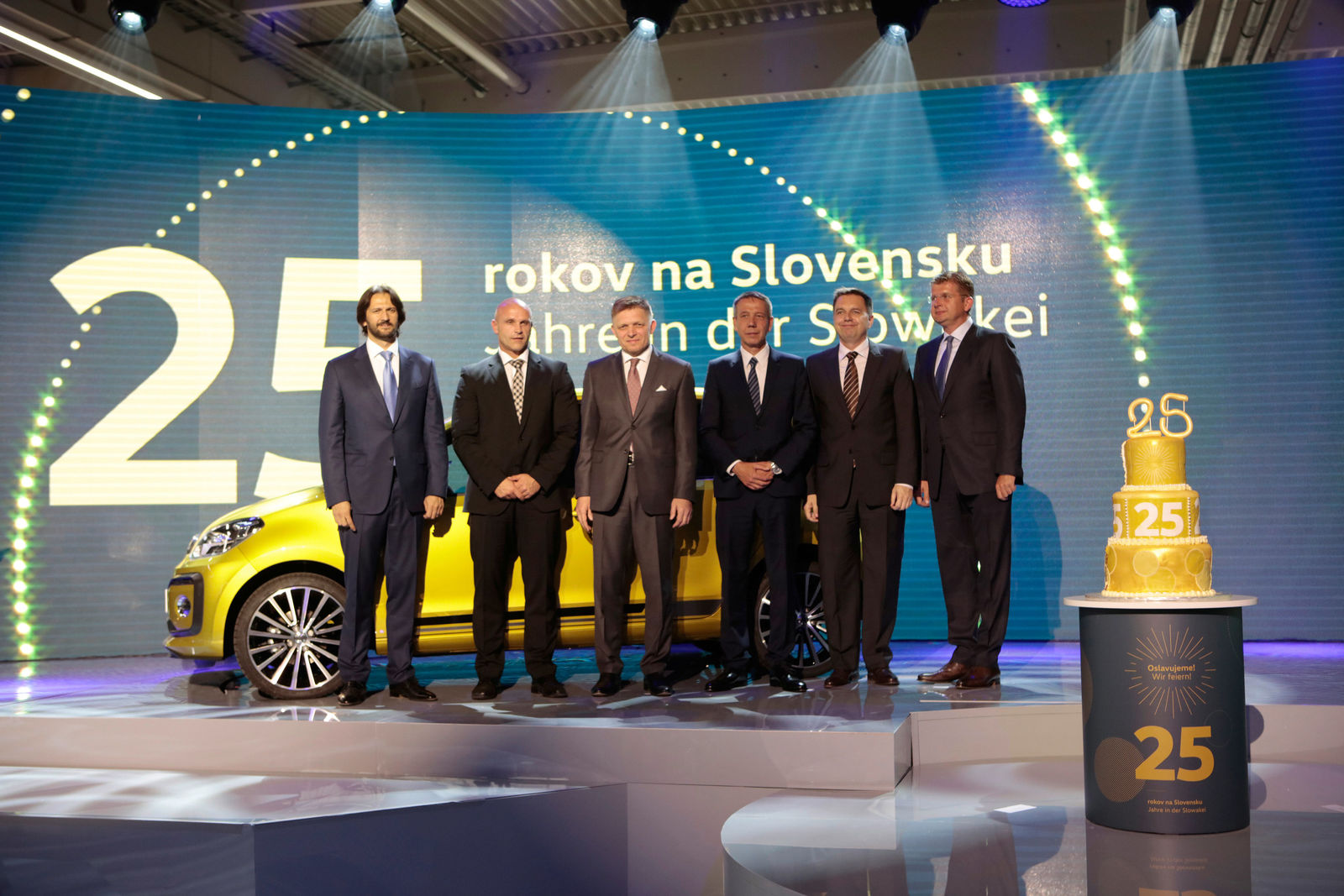