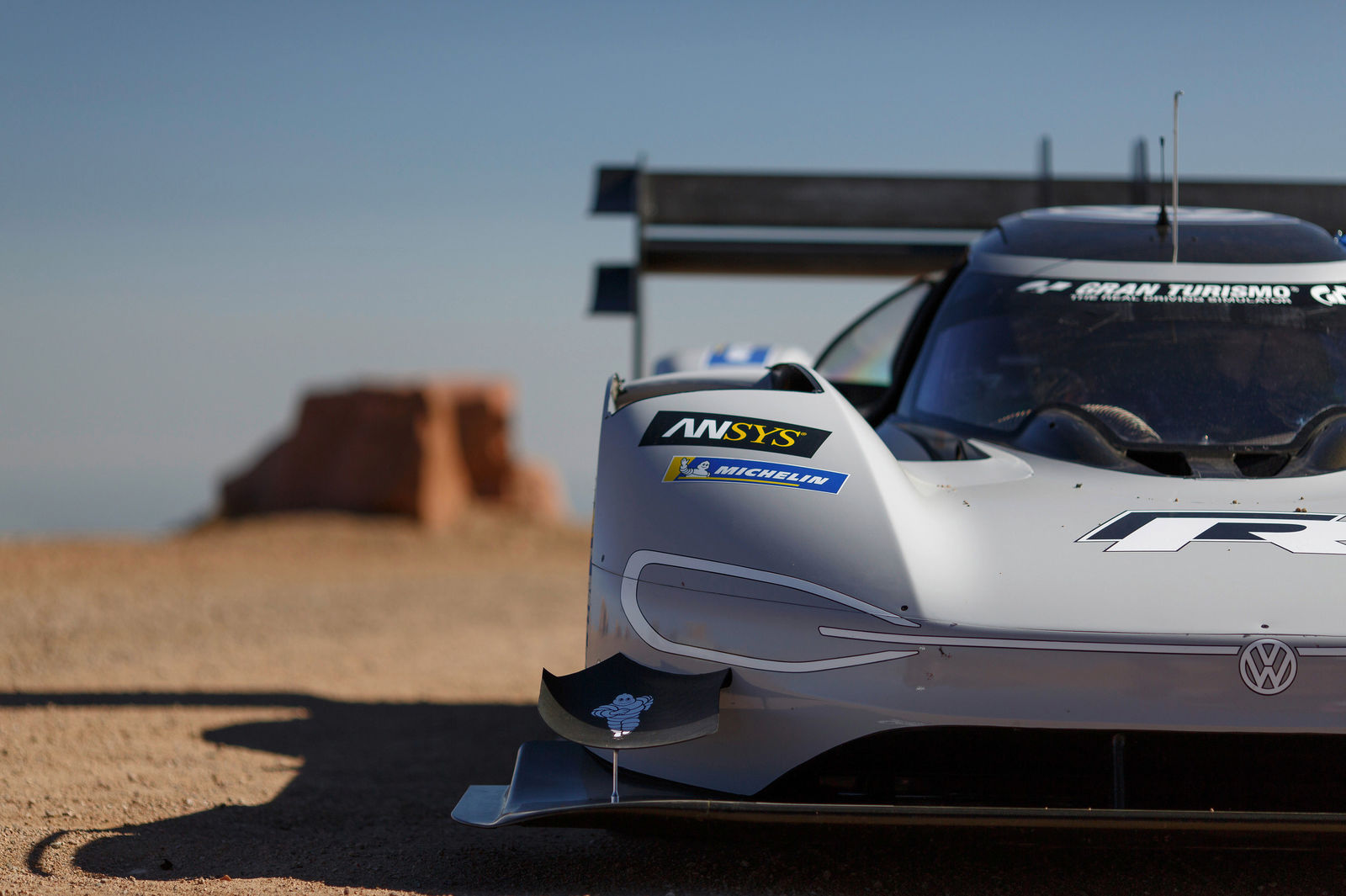 A science in its own right: The rapid-charging system for the ID. R Pikes Peak

The corresponding paragraph in the regulations for the Pikes Peak International Hill Climb is clear: Should a participant in the most famous hill climb in the world be forced to suspend their run for safety reasons – for example, should it suddenly start to hail or another car require recovering – they have exactly 20 minutes, in which to prepare for their second attempt and to return to the start line. “This time frame was a crucial factor when configuring the battery for the ID. R Pikes Peak,” says François-Xavier Demaison, Technical Director at Volkswagen Motorsport. “Furthermore, the charging strategy and independent mobile power supply are also important aspects of the rapid-charging system.”

Head of Electrics and Electronics at Volkswagen Motorsport, Marc-Christian Bertram’s team developed the electric drive for the I.D. R Pikes Peak, which generates a system performance of 500 kW (680 PS). When the Volkswagen Motorsport team attempts to break the existing record for the electric car class on 24 June, it must be ready for countless imponderables. These include a possible interruption. “When determining the charging strategy, we had to bear in mind a possible re-start,” says Bertram. “With that in mind, there were two main challenges that had to be overcome: To avoid overheating the battery during the charging process, and to ensure that all the battery cells are charged equally.”

When developing the battery for Volkswagen’s first fully-electric racing car, the team benefitted from the expertise in the specialist departments for E-mobility at Volkswagen in Wolfsburg. For example, the fundamental research into the battery for the I.D. R Pikes Peak was carried out in the same laboratories as are being used to develop the battery technology for the future production cars in the I.D. family. “We first tested various chemical compositions of the individual battery cells, then expanded the tests to modular level,” explains Bertram.

The best results came courtesy of a lithium-ion battery, which, in the I.D. R Pikes Peak, is split and located in two blocks next to and behind the cockpit. The battery has a particularly high power density. “In the case of a racing car, you are not looking for maximum range, but the highest possible power output,” says Bertram, explaining the differences between the racer and production cars. The I.D. R Pikes Peak is capable of accelerating from 0 to 100 km/h in 2.25 seconds – faster than a Formula 1 car. The 19.99-kilometre route includes 156 corners – meaning the battery must be able to cope with roughly the same number of acceleration phases.

During development, particular attention was paid to the way the battery behaves during the charging process at the racetrack. This process requires a sophisticated strategy. Volkswagen Motorsport works with two rapid-charging systems at the same time in the start area on Pikes Peak, each of which supplies the battery in the I.D. R Pikes Peak with fresh energy at a relatively low total output of 90 kW. “The low charging current limits heat development,” says Bertram.

The great unknown is the air temperature in the paddock. Even in June, temperatures on Pikes Peak can dip to just above freezing point. However, the teams can also be faced with sweltering mid-summer heat. “The ideal temperature for the battery is about 30 degrees Celsius,” says Bertram. If necessary, air can be supplied to cool the internal battery system in the I.D. R Pikes Peak. However, cooling must not be too dramatic during the rapid-charging process, in order to avoid the build-up of condensation.

Volkswagen Motorsport is also using innovative methods to generate the energy required to charge the battery. Because the temporary paddock, located at a height of 2,800 metres above sea level, does not have a suitable power supply, a conventional looking generator is used to generate the electricity required by Volkswagen Motorsport. However, unlike conventional generators, this one does not run on diesel – it uses Glycerol. This liquid – a sugar alcohol, which is a waste product from the production of bio-diesel, for example – combusts with virtually no harmful exhaust fumes or residues. Glycerol itself is non-toxic and is even permitted as an additive (E422) in the food and cosmetics industries. “The Glycerol-powered generator not only supplies the I.D. R Pikes Peak with environmentally-sound electricity before the practice sessions and the race, but also all the electrical devices in our pit area during the race,” explains Marc-Christian Bertram. “From the engineers’ computers to the coffee machine.”