L is for Lithium-Ion Battery 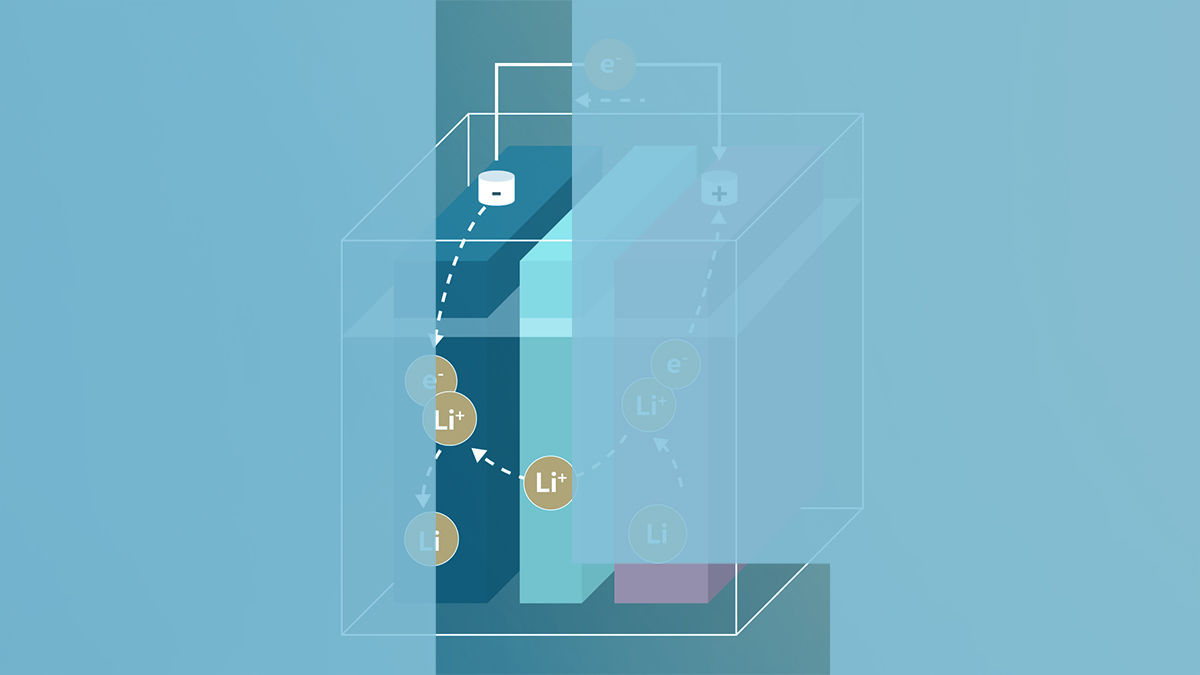 Due to its high energy density, the lithium-ion battery has been the preferred energy storage device for Volkswagen e-models for years. A lithium-ion battery cell consists of an anode (carbon, copper foil), a separator (porous polyolefin foil, ceramic-coated), a cathode (lithium metal oxide, aluminium foil) and an electrolyte (organic solvents, lithium conducting salt, additives). When charging, the lithium ions migrate from the cathode to the anode and are stored there. The electrical energy – fed in from the power grid – is converted into chemical energy. During the discharge process – to operate the electric motor – the lithium ions migrate back to the cathode. The chemical energy is then converted back into electrical energy. Basically, five main raw materials are needed to manufacture lithium-ion battery cells for electric cars. On the cathode side, a compound of the elements cobalt, nickel and manganese functions through its structure as a storage location for the lithium charge carrier, on the anode side this is graphite. Lithium is also contained in the electrolyte. Lithium is currently regarded as an unrivalled charge carrier that will be irreplaceable for the foreseeable future, as no other element offers comparable properties for automotive battery applications.

Since 2017, Volkswagen has bundled the development of lithium-ion batteries in the Center of Excellence Salzgitter, which is responsible for all battery cells in the Volkswagen Group. The battery systems are mainly manufactured at the Volkswagen components plant in Braunschweig. The Group Components division, which is responsible for the drive systems and will become an independent division in January 2019, is currently expanding this location in order to manufacture up to half a million battery systems annually in Braunschweig in the future. The dynamic development of lithium-ion batteries at Volkswagen lays an important foundation for the success of the newly developed ID. generation electric vehicles that will be produced from 2019 and will be available from 2020.