ELECTRIC FOR ALL: Volkswagen is accelerating the breakthrough of e-mobility 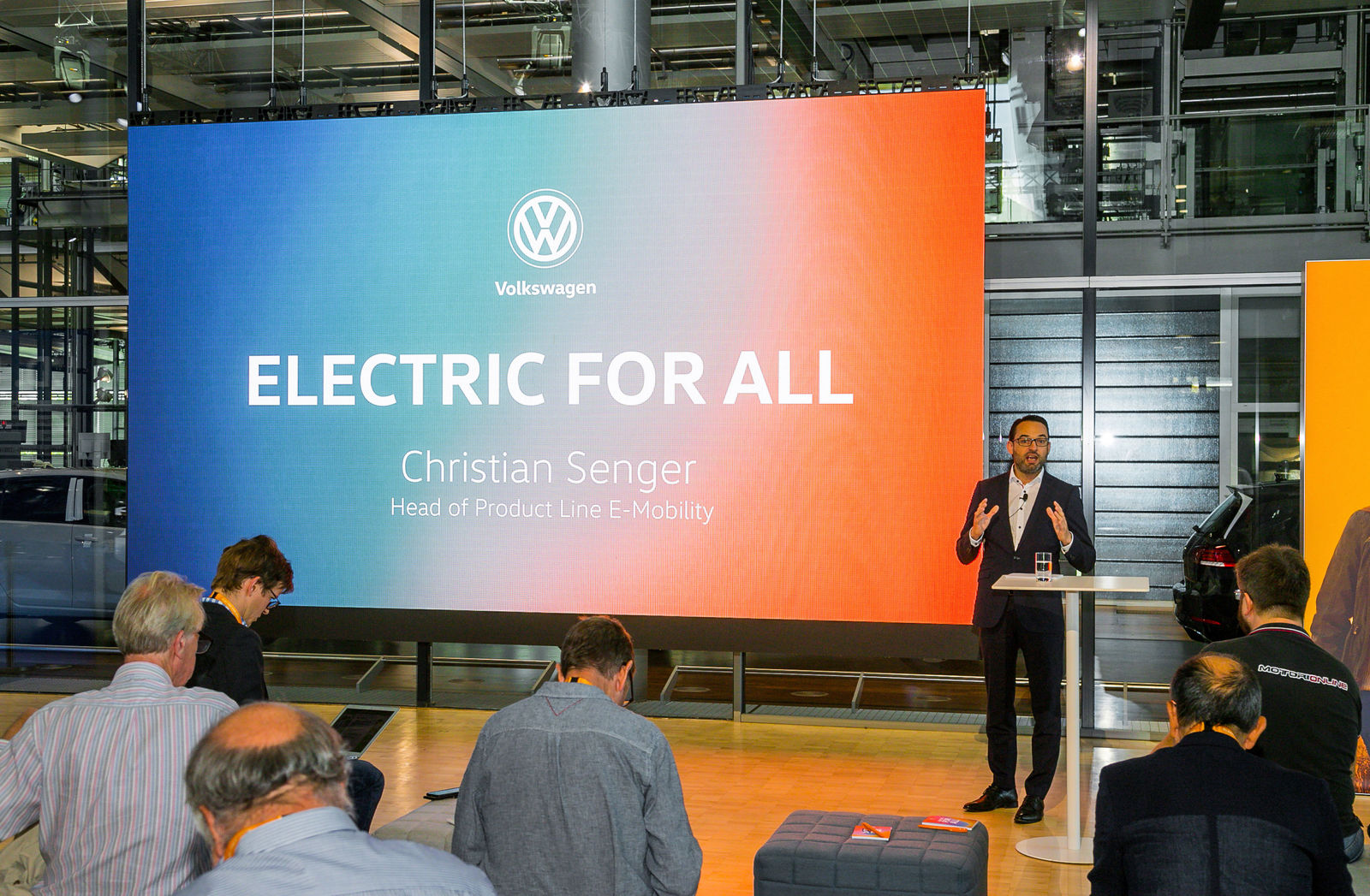 Individual mobility is on the threshold of a new era: Electric drives and digitisation are set to bring about the most fundamental change the car industry has ever seen in its over 100 year history. Vehicle technology and infrastructure will be subject to radical change, and value chains will shift. This momentum can be seen everywhere you look. The sales volume of purely electric cars (BEV – battery electric vehicle) rose by 60 percent in the past year. 2018 could be the first year that the one-million mark for newly registered electric cars is reached. These figures are set to skyrocket again from 2020, the year that Volkswagen will launch the first models from the new ID. family on the market: the compact ID. and, a short while later, the ID. SUV – two zero-emission vehicles with the same range as today’s petrol-driven cars. Thomas Ulbrich, Member of the Volkswagen Brand Board of Management, E-Mobility division: “As early as 2020 we intend to sell 150,000 e-cars, of which 100,000 will be the ID. and ID. SUV. Speeding up the shift to e-mobility will help us to meet the extremely ambitious CO2 targets that have been set in Europe, China and the USA.” By 2025 the sales volume of cars from the ID. family fleet is expected to increase to a million each year.

Globally, more than six million new Volkswagen vehicles roll out of production plants and onto the road each year. The brand makes technical innovations affordable for many car drivers. And exactly this same rationale will apply to all future electric vehicles in the new ID. family: Volkswagen's aim is to make electric cars attractive to as many people as possible, thus paving the way for the breakthrough of electric mobility. “The ID. will prove to be a milestone in terms of technological development. It will be the first fully interconnected electric vehicle that is 100% suitable for day-to-day use, and millions of people will be able to afford it,” says Christian Senger, Head of the Volkswagen E-Mobility product line.

Platform strategy as a factor for success

The technological backbone of the ID. family is a newly developed vehicle platform: the modular electric drive matrix or MEB for short. Volkswagen is one of the most successful platform developers in the automotive industry. One example of this is the modular transverse matrix (MQB), probably the most successful vehicle architecture in use at present: around 55 million vehicles are being produced by the Group based on the first generation of MQB. Volkswagen is now applying this same platform strategy to the era of electric vehicles. The MEB is not just the technical matrix for all models in the Volkswagen ID. family, but for many electric cars produced by other Group brands, including Audi, SEAT, Škoda and Volkswagen Commercial Vehicles.

The MEB has two major unique selling propositions. First, it is not a platform for vehicles with combustion engines that has been retroactively modified. Instead it is a modular assembly matrix designed specifically for purely electric cars, which enables Volkswagen to utilise this technology to maximum effect. Christian Senger: “The MEB redefines the vehicle architecture and achieves a significant improvement in the sense of spaciousness. What’s more, all models of the ID. family will be quick charging.” Second, the vehicle concept and design can be structured in a more flexible way than ever before – the spectrum ranges from compact cars to SUVs and MPVs. Thanks to a ‘Design for manufacturing’ the MEB is also suitable for speedy and efficient production. This will enable the Group to achieve economies of scale, thereby making electric cars cheaper and more affordable for many people. Thomas Ulbrich adds: “The MEB modular electric drive matrix is probably the most important project in Volkswagen’s history, similar to the transition from the Beetle to the Golf. It forms the basis for more than 10 million electric cars across the Group during the first wave and is paving the way for electric mobility.”

Four ID. models have already been revealed as prototypes

With the I.D., the I.D. CROZZ, the I.D. BUZZ and the I.D. VIZZION, Volkswagen has already presented four ID. models as prototypes. The development of the vehicle technology is virtually complete, as are the designs of the various models. Contracts with the battery suppliers have been signed. And Volkswagen is investing more than one billion euros to prepare its plant in Zwickau for the production of MEB vehicles. The company is also committing itself to developing a comprehensive charging infrastructure. In short: Volkswagen’s e-mobility offensive is taking shape on all fronts. The company’s vision: ELECTRIC FOR ALL!